This week my children's book reviews include a heart-warming football adventure, a bird spotting activity book, a tale of a mean cat for young readers and a terrifying alien adventure for young adults. 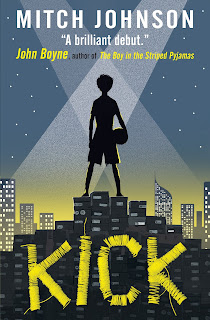 KICK BY MITCH JOHNSON
CHILDRENS 9+
Bud has the same hopes and dreams as any twelve year old but he lives in the slums of Jakarta working in a sweat shop. When Bud is forced to steal, he faces losing everything. A story of the love of football and how it can highlight the stark differences between rich and poor. An exciting debut full of action and excitement whilst raising social awareness about global issues, such as consumerism. A must for football fans.
ISBN 9781474928151 PB Usborne £6.99 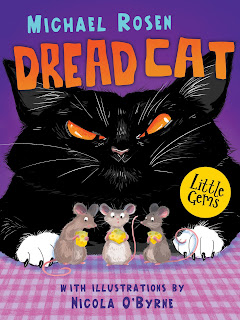 DREAD CAT BY MICHAEL ROSEN
CHILDREN 5+
Dread cat is fed up trying to catch mice so decides to giving up the chase and feed them cheese instead! Or is it a cunning plan? Bounding with sharply observed wit and wisdom the tension racks up slowly through the story until the climactic funny ending. Full of Disney style illustrations by Nicola O'Bryne, this is purrfect for early readers and has added extras including jokes and a game hiding in the jacket flaps.
ISBN 9781781125885 PB Barrington Stoke £6.99 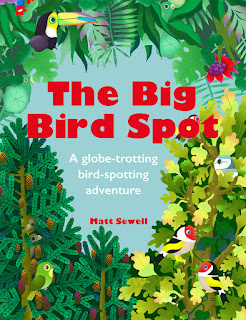 THE BIG BIRD SPOT BY MATT SEWELL
CHILDREN 6+
This seek-and-find guide is cleverly designed to inspire children to birdwatch in the real world as well as on the page. Richly illustrated double-page spreads cover a range of habitats with a native bird hidden in every scene. Travel the world from jungle to desert, woodland to ocean, to see if you can spot the birds hiding there. It's harder than you think! Children will spend hours pouring over the intricate details and vibrant colours.
ISBN 9781843653264 HB Pavilion £9.99 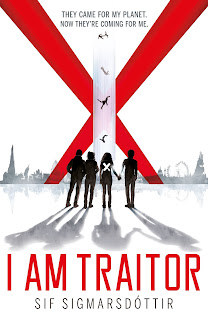 I AM TRAITOR BY SIF SIGMARSDOTTIR
YOUNG ADULT 12+
One teenager's fight against extra terrestrial invasion. How much will Amy sacrifice to save the teenage population from a grim dystopian future? Her freedom? Her chance at love? Can Amy really trust the Resistance and allow herself to be 'taken' on a spaceship in order to save the planet? A tense and exciting adventure that is a romantic twist on War of the Worlds. Imaginative and chilling. For fans of Michael Grant, Suzanne Collins and Michael Muchamore.
ISBN 9781444934472 PB Hodder Childrens £7.99