Book Review She Is Not Invisible by Marcus Sedgwick 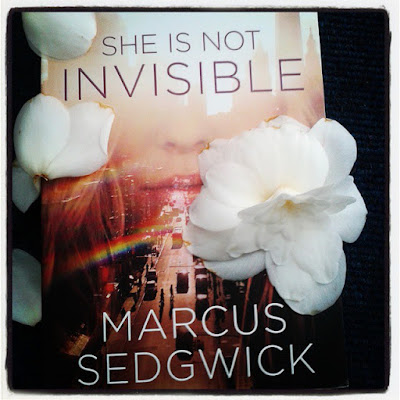 Laureth Peak's father is a writer. For years he's been trying, and failing, to write a novel about coincidence. His wife thinks he's obsessed, Laureth thinks he's on the verge of a breakdown. He's supposed to be doing research in Austria, so when his notebook shows up in New York, Laureth knows something is wrong.

On impulse she steals her mother's credit card and heads for the States, taking her strange little brother Benjamin with her. Reunited with the notebook, they begin to follow clues inside, trying to find their wayward father. Ahead lie challenges and threats, all of which are that much tougher for Laureth than they would be for any other 16 year old. Because Laureth Peak is blind.

Marcus Sedgwick has set up a fascinating premise within a multi layered thriller/adventure that will have you gripped from the start. Laureth is sixteen and blind so when she sets off to find her missing father with her seven year old Benjamin and his stuffed toy raven Stan you are kept in a a state of permanent tension about their obvious vulnerability travelling half way across the world . You just want her to succeed despite some people's ignorance and lack of understanding.

What is interesting is Marcus's insight into how the world works if you are blind.  Marcus portrays this through Laureth's point of view. What does she has to think of and go through to get from A to B? The reader is made to rethink everyday situations we take for granted and how we underuse the rest of our senses. Laureth is feisty , bright and headstrong and her little brother totally endearing. You are conscious  how some young adults and children in certain situations have to mature beyond their years.

A major plot line  also hinges on the theory of coincidences which her father was obsessed with. Trust me it sounds bizarre but it gives the story an extra dimension and a thrilling edge by setting the reader clues throughout which is really clever. Would his notebook on coincidences help them find him?  Was he even alive? Who were the men following them ?

Marcus has an almighty imagination and never writes the same book twice. This is a stand alone novel that is unique and unusual. Don't be put off by the theory part, trust me its fascinating and just adds to the mystery. Its one of those books you can read again and discover even more. It will definitely get you thinking!!

I really cared for the characters and felt it had many layers. A fast paced intelligent thriller that will have you hooked. It makes us look at the world from a different angles and appreciate the mindset of a girl who no longer wants to be invisible just  to fit in.

Out Now in Paperback. Orion Books. 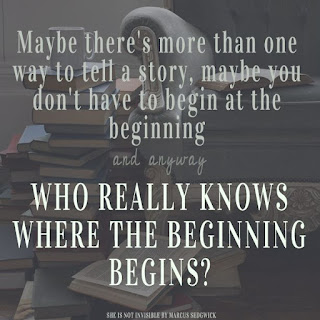