This week my children's book reviews include a riveting middle grade drama commemorating D-Day full of fascinating historical facts, two picture books perfect for Fathers Day including a farty bear and a time strapped Fox and a football middle grade  drama for girls just in time for the FIFA Womens World Cup. 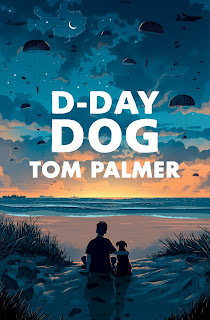 D-DAY DOG BY TOM PALMER
CHILDREN 8+
While Jack is visiting the D-Day landing beaches with his school his soldier Dad is called into action. As Jack begins to question the point of war he uncovers a story about a paratrooper and his dog and is determined to discover their fate. An accessible and thought-provoking read commemorating the 75th anniversary of D-Day. It's a revelation to read the heroic animal war stories at the end who went beyond the call of duty.
ISBN 9781781128688 PB Barrington Stoke £6.99 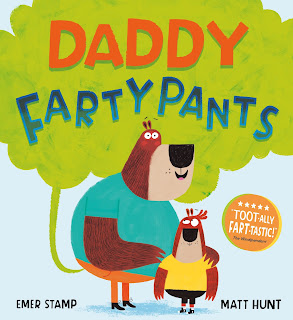 DADDY FARTYPANTS BY EMER STAMP & MATT HUNT
PICTURE BOOK 4+
Daddy Fartypants is a very windy bear which he never apologises for much to the embarrassment of his son! But when he meets his son's fragrant new teacher can she teach him a lesson about lying and blaming others? The explosive illustrations will make children laugh their pants off! This is the perfect gift for Father's Day, especially if he's a little gassy and likes to blame others!
ISBN 9781408356357 PB Orchard £6.99 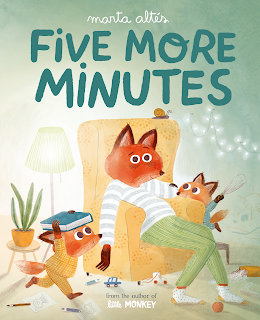 FIVE MORE MINUTES BY MARTA ALTES
PICTURE BOOK 4+
A young fox gives his time-starved Dad sage advise about what time really means. Many Dad's and children will relate to how the young want everything NOW while Dads just need a few more minutes to rest, sleep and read...An observant and poignant story to share on Father's Day about how children and adults experience time in different ways. Dad's will especially relate to Daddy Fox's resigned expression as opposed to his child's expectant one!
ISBN 9781509866021 HB Macmillan £12.99 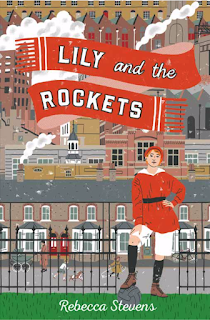 LILY AND THE ROCKETS BY REBECCA STEVENS
CHILDREN 9+
It's 1918 and fourteen-year-old munition worker Lily loves to play football with the factory's female team, The Rockets. But what will happen when the men return from war? This emotionally charged coming-of-age drama is inspired by true events with girl power at its heart. The postscript at the end is inspiring, infuriating and ultimately hopeful. Girls will be galvanized to follow their dreams, break boundaries and play football! For fans of FIFA's Women's World Cup and historical drama.
ISBN 9781912626120 PB Chicken House £6.99