This week my children's book reviews include a swashbuckling adventure for independent readers, an introduction to legends of rock for the very young, a picture book posing a very important question and a modern day coming-of-age drama for teen. Some great books to share on Father's Day 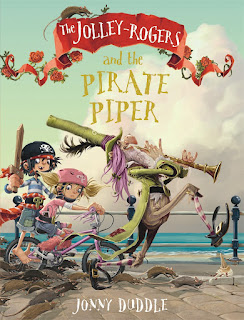 THE JOLLEY-ROGERS AND THE PIRATE PIPER BY JONNY DUDDLE
CHILDREN 6+
The pirate series returns with an adventure full of swashbuckling and dastardly deeds. When Dull-On-Sea is infested with rats the town employs a strange piper to dispense with them. But when the greedy Mayor refuses to pay the piper he takes his revenge. Can pirate children Matilda, Jim Lad and their dog Nugget save the day? This richly illustrated chapter book, based on the Pied Piper is a rip-roaring adventure which will capture the imagination of independent readers.
ISBN 9781787415133 PB Templar £6.99 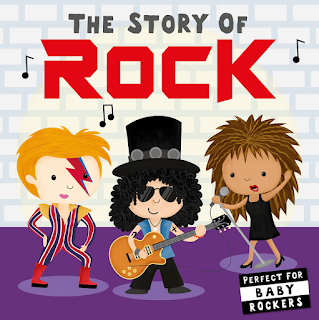 THE STORY OF ROCK BY NICOLA EDWARDS & LINDSEY SAGAR
BOARD BOOK 1+
Rock-loving Dads will love sharing this introduction to the legends of rock with their little one. From Elvis to Beatlemania, Bowie to Nirvana, children can shake, rattle and roll with this sturdy rhyming board book. The entertaining illustrations are hilarious and I especially loved Slash's top hat! If the family's tastes lie more with Jay-Z The Story of Rap is also available. It's never too early to inspire a new generation of music lovers!
ISBN 9781848578296 HB Caterpillar Books £5.99 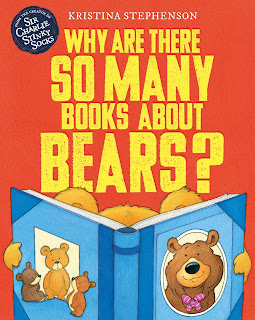 WHY ARE THERE SO MANY BOOKS ABOUT BEARS? BY KRISTINA STEPHENSON
PICTURE BOOK 4+
The animal professors of science and literature in Mollusc College, Oxford are debating an Impossible Question. Why are so many books about bears? Adorable illustrations accompany the cheerful text and clever twists on names such as William Snakespeare and Albert Swinestein. Children will love guessing who's their mystery guest banging on the door. Maybe the answer is under their noses in the double spread fold-out at the end? A charming book to read out loud.
ISBN 9781444946017 HB Hachette £12.99 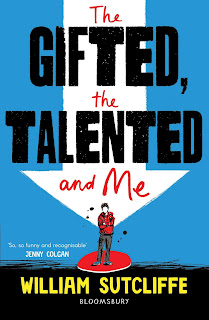 THE GIFTED, THE TALENTED AND ME BY WILLIAM SUTCLIFFE
YOUNG ADULT 12+
When fifteen-year-old Sam's family become rich and they move to London he is forced to attend an Academy for the Gifted and Talented. But Sam just wants a normal life. A witty satirical take on an aspiring modern family and the pitfalls of trying to fit in. As Sam and his family crash from one well-meaning misadventure to another, you will cry with laughter. Adrian Mole meets Absolutely Fabulous. I'm still giggling...
ISBN 9781408890219 PB Bloomsbury £7.99