This week my children's book reviews in the South Wales Evening Post include an epic young adult historical fantasy set in the French Revolution, a picture book adventure about a little dog set in Rome, a hilarious coming-of-age welsh adventure as well as an enchanting Victorian quest for middle grade readers. Enjoy. 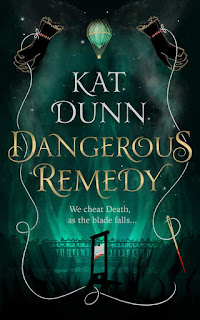 DANGEROUS REMEDY BY KAT DUNN
YOUNG ADULT 12+
Camille a daughter of the French Revolution leads a band of outcasts to rescue a girl with strange powers. The friends uncover devious plots and treachery in the action-packed historical adventure. Will they pick love, loyalty or their country? Sizzling with tension this dazzling story with fantastical twists blends science with magic and power with romance to reach an explosive finale. Frankenstein meets The Musketeers. C'est Magnifique!
Head of Zeus HB £12.99 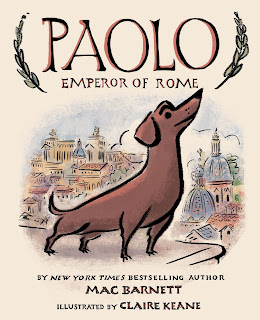 PAOLO EMPEROR OF ROME BY MAC BARNETT & CLAIRE KEANE
PICTURE BOOK 4+
Paolo the dachshund is trapped in a hair salon. One day he escapes and drinks in the wonderful sights of Rome. He visits the theatre, the coliseum, fights fearsome cats and rescues a nun. Even when Paolo is rewarded with a plush apartment all he desires is freedom. This inspiring tale of a big-hearted dog captures the importance of freedoms we usually take for granted. The beautiful and bold illustrations encapsulate La Dolce Vita in Rome.
HB Abrams Books for Young Readers, £12.99 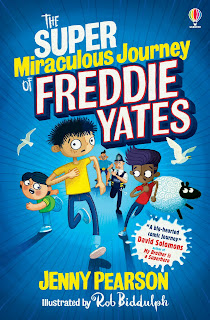 THE SUPER MIRACULOUS JOURNEY OF FREDDIE YATES BY JENNY PEARSON & ROB BUDDULPH
CHILDREN 8+
Freddie loves facts. They don't let you down. Freddie is on a quest to find his father in Wales with two friends but he sets off a chain of events which forces them on the run. They enter an onion eating competition and meet a sheep called Sheila. A heart-warming and hilarious adventure of three boys, one summer holiday and a few miracles thrown in. For fans of David Walliams and Frank Cottrell Boyce.
PB Usborne £6.99 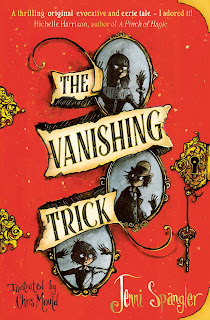 THE VANISHING TRICK BY JENNI SPANGLER
CHILDREN 9+
Leander is an orphan so when the mysterious Madame Pinchbeck promises him a job and home in return for his mother's locket he agrees. But it's a trap. Leander is imprisoned in an enchanted prison with two other stolen children, Charlotte and Felix. It's a race against time to escape. A magical Victorian adventure full of peril, friendship and hope. Children will be hooked by their daring quest against a spectacularly menacing villain.
PB Simon & Schuster £6.99