This week my pick of children's books for The South Wales Evening Post include a glorious Pre Raphaelite romance, an inventive picture book about loving our differences, a thrilling and imaginative fantasy adventure and the conclusion of an epic fantasy series that will set your pulse racing.

My column can be found in the Weekend supplement of The South Wales Evening Post on Saturday and Sunday. Enjoy! 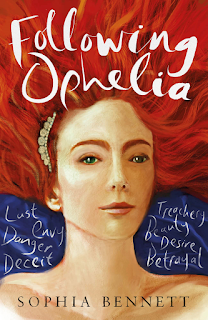 FOLLOWING OPHELIA BY SOPHIA BENNETT
YOUNG ADULT 12+
When young servant Mary becomes a muse to the Pre Raphaelites she enters a rebellious world of glamour and scandal. With her flaming red hair, Mary reinvents herself as Persephone Lavelle fighting to become the new face of London's glittering art scene. Can she achieve her dreams of leaving servitude without losing her true self? A sumptuous historical romance that paints a vivid picture of Victorian London. Perfect for lovers of romance, history and art.
ISBN 9781847158109 Stripes PB £7.99 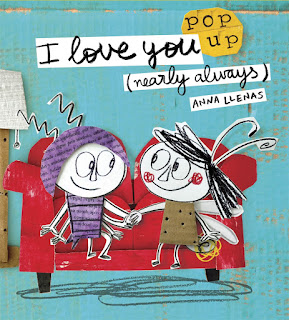 I LOVE YOU (NEARLY ALWAYS) BY ANNA LLENAS
PICTURE BOOK 4+
Roly is a woodlouse and Rita is a firefly. Can they be friends despite all their differences? An extraordinary feat of paper engineering full of pop ups and fold outs that will amaze. It involves the children in this thoughtfully written story that clearly demonstrates the possibilities of friendships with others who are different to themselves. Perfect for group discussion about acceptance and understanding even if you don't always agree!
ISBN 9781783707614 HB Templar £14.99 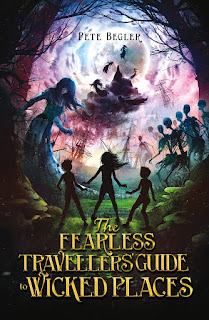 THE FEARLESS TRAVELLERS GUIDE TO WICKED PLACES BY PETE BEGLER
CHILDREN 9+
Twelve year old Nell's mother has been kidnapped by witches and turned into a bird. Journeying to Wicked Places can she break the spell before the world turns into a living nightmare? A richly imagined world full of courage and family bonds. Both exciting and scary this lyrically written fantasy draws you into its visually extraordinary world full of wild landscapes and unforgettable characters. Narnia meets Brothers Grimm.
ISBN 978178202595 PB Curious Fox £7.99 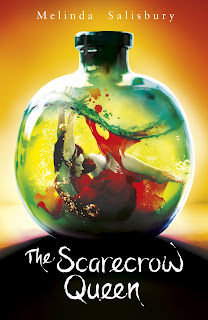 THE SCARECROW QUEEN BY MELINDA SALISBURY
YOUNG ADULT 13+
The explosive conclusion to The Sin Eaters Daughter ends in a final battle. The heroine Twylla is powerless and on the run. Can the rebels prevent the Sleeping Prince from destroying everything they love? This darkly addictive series has non stop action, power struggles, betrayal and great camaraderie and friendships. An ambitious fantasy for fans of Sarah J. Maas and Alwyn Hamilton. To be devoured in one sitting.
ISBN 9781407147659 PB Scholastic £7.99