Synopsis
A young Peruvian bear travels to London in search of a home. Finding himself lost and alone at Paddington Station, he meets the kindly Brown family, who offer him a temporary haven.

My Musings
Paddington lives up to all expectation. A family film with a gorgeously animated bear at the heart of it. Paddington is definitely the star even with such a starry cast. Your heart melts as soon as you look into those big brown eyes and you are taken on a roller coaster adventure as he travels from deepest, darkest Peru to London to find himself a new home. The beginning is a little traumatic as his home is destroyed but the children seem to cope with drama better than we adults sometimes!

There are definite nods to our current political situation with the influx of immigrants.  The director clearly wants to put over a message to his young audience that immigrants are a valued part of our society that will, if given the chance, enrich. This is by no means a heavy message, but subtle and pertinent to the film. It certainly does it no harm and is a welcome relief to the negative press from politicians and press.

Anyway back to the film. Nicole Kidman plays the evil scientist who wants to stuff  Paddington and is suitably over the top. Think Cruella De Ville. Hugh Bonneville heads up the delightful family who adopts Paddington under duress and saves the day with some hilarious consequences. The only part I felt was underused was Julie Walters who, despite being a brilliant comic actress seems to be given nothing to play with. Hugh and Paddington make a delightful double act especially when Hugh has to disguise himself as a maid.

This film is a real joy and the animators who did Paddington are incredibly skilled. I hope they get some awards for their hard work. I hope, and would be very surprised after such a huge success, that there will be a Paddington 2 shortly. I , for one, can't wait. 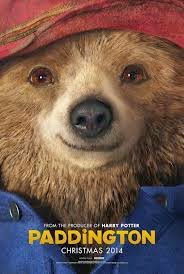 Posted by Drawing On Books at Wednesday, January 28, 2015 No comments:

Synopsis
An exploration of the last quarter century of the great, if eccentric, British painter J.M.W. Turner's life.

Thinking it was an excellent idea to turn Mr Turner into an art class outing for my students I was a bit put off when 3 of my students, having already seen it said it was awful, long and he was odious. Well, I thought, the tickets have been booked so off we went expecting the worst. At over 2 and half hours I thought it was going to turn into the longest evening ever! However I am very glad to report I was pleasantly surprised and was riveted throughout it all. It is however a required taste and I am not surprised it has had mixed reviews. Timothy Spall as Turner is Brilliant. He grunts, growls  and gruffles throughout the film whilst using a wide vocabulary to show off his lurking intellect. He does not portray him as a refined man and the way he grabs his women through out really irked some of my female students. However it shows also his tender side, his closeness to his father and his relationships with Mrs Booth in his twilight years. This is a film about a great artist who has made it but never bends to society rules always sticking to his own path. His own vision.

Talking of vision the film is visually gorgeous. It was my favorite part of the film. The cinematography should get an award by the bucket load. The scenes and the lighting where as if you were in a Turner painting. Beautiful. A little nod to A Girl with The Pearl Earring I think. It was just a delight to let your eyes wander around the sets, especially if your an artist.

This film is a little long and Turner is portrayed as a very bright and astute but still basic, and at times rough man which will be not to everyone's tastes. However I would urge you to see it if you love Turners work or that period to wallow in its visual delights. Oh yes and a shout out for Dorothy Atkinson who plays his long suffering housekeeper and had all the laughs in the film. She started out a bit hammy as did the others but as the film builds they all got into their stride and she was a real joy to watch. Marion Bailey who played his last love, Mrs Booth also added sensitivity and gentleness to the film.

An arthouse film that is an acquired taste but for me insightful, beautiful and a real surprise. 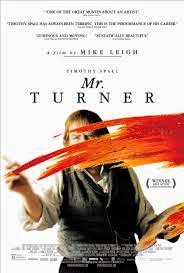 Book Review Isla And The Happily Ever After by Stephanie Perkins 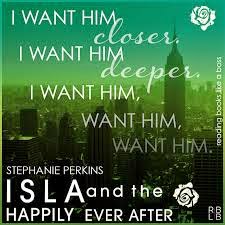 
Hopeless romantic Isla has had a crush on introspective cartoonist Josh since their first year at the School of America in Paris. And after a chance encounter in Manhattan over the summer, romance might be closer than Isla imagined. But as they begin their senior year back in France, Isla and Josh are forced to confront the challenges every young couple must face, including family drama, uncertainty about their college futures, and the very real possibility of being apart. Featuring cameos from fan-favorites Anna, Étienne, Lola, and Cricket, this sweet and sexy story of true love—set against the stunning backdrops of New York City, Paris, and Barcelona—is a swoonworthy conclusion to Stephanie Perkins’s beloved series

I started to hear about this series on the grapevine but thought their titles were so silly I ignored them until a friend insisted I read them. She was addicted. Reading the blurb on the back with the glamour, the cities and the art certainly appealed so I thought why not?

The characters are very appealing and have a chemistry I don't think I remember this strong since Twilight. Its stirs personal memories or dreams of that elusive bad boy you never got but of course this is a book and has a Happily Ever After.

Isla is in a private school in Paris on the periphery of the cool set. Best friends with a high functioning autistic boy who she subconsciously uses as an emotional crutch while pining after the bad boy boy artist Josh.

After an hilarious first meeting which appeals to anyone who has had a cringing experience whilst desperately trying to impress they waft in and out of each others lives until they finally connect.

Sparks fly and the chemistry crackles. Perkins really knows how to capture the moment of the first kiss, the first spark of passion. You are transported to an idyllic moment that we all wish we'd had. A Secret balcony looking out over Paris. A gorgeous boy secretly drawing you. The heart break of trying to keep someone or let them go. The universal question of who we are and what do we want to do with our lives is also touched on. A mix of questions and dreams we have all had.

This is a very romantic, clever and potent read dripping in glamour with a dollop of angst to keep things spicy. You want to be there and you want to experience their love . I started with this book which is the last of a trilogy so now I will have to take the inevitable 'I told you so' from my friend and persuade her to lend me the first one!

If you like this you might like
Anna and The French Kiss by Stephanie Perkins
Fangirl by Rainbow Rowell
This Song Will Save Your Life by Leila Sales
Between The Devil and The Deep Blue Sea by April G. Tucholke

Posted by Drawing On Books at Friday, January 16, 2015 No comments: