Synopsis
Book 1: Shadow and Bone
Lonely orphan Alina discovers she has a power that could save her kingdom. But with power comes a choice - between the seductive, powerful Darkling and her childhood friend, Mal.

Book 2: Siege and Storm
The Darkling has emerged from the Shadow Fold with a terrifying new power and he needs Alina to realise his dangerous plan. Somehow, she must choose between her country, her power, and her love - or risk losing everything to the oncoming storm.

Book 3: Ruin and Rising
The Darkling rules Ravka from his shadow throne. But as Alina begins to unravel the Darkling's secrets, she reveals a past that will forever alter her understanding of the bond they share and the power she wields. The firebird is the one thing that stands between Ravka and destruction - but claiming it could cost Alina the very future she is fighting for.

Epic is the word that comes to  mind trying to describe this series. Leigh Bardugo has infused Russian culture and mysticism into a rich fantastical world then thrown in some ill fated love and a huge cast of the blessed and the outsiders.

This monumental story centers around two unlikely heroes, their doomed love and their fight for the very survival of their world. Their enemy, The Darkling, is their Machiavellian nemesis of mythic proportions. whose quest for his own brand of redemption embroils Alina, Mal and their friends and foes in a fight which will leave many on the battle field. But who survives in the end?

This has a definite touch of Game of Thrones as Bardugo is clearly not shy of killing  or maiming favourite characters unlike Meyer in The Twilight series which gave that particular series such a weak ending. You are drawn into an amazingly rich world where is always a new twist, new plot, new character or another side to the coin. The characters all have depth and none are perfect or infact truelly evil. They all have a story to tell and crosses to bear.

The first book sees Alina who is skinny and sickly , find her formidable magical powers and being taught how to use them in the face of opposition from various factions. The second sees the introduction of one of my favourite characters, Nickolai, the prince/privateer.  But is he friend of foe? The Darkling is the most complex character, as at times you feel sympathy for him as does Alina and giving him a hint of humanity makes him a truelly powerful and memorable character.  In the third installment, Ruin and Rising the world is in dire turmoil as Alina, Mal and an ever shrinking band of friends are still desperate to fight the Darkling and save their world.

I was kept guessing until the end and I wasn't disappointed although you may have a tear in your eye. Absorbing escapism at its best for true fantasy and adventure lovers.

Ps, Excited to hear the film rights have been bought so we will have to wait and see if it makes it onto the big screen. Hope so as this series has it all.

If you like this you may like
Trial by Fire by Josephine Angelini
Game of Thrones by Martin
Throne of Glass by Sarah J Maas
Magician's Guild by Trudi Canavan.
Days of Blood and Starlight by Laini Taylor
Posted by Drawing On Books at Sunday, April 19, 2015 No comments:

Deckard Shaw seeks revenge against Dominic Toretto and his family for his comatose brother.

Furious 7. Where to begin. I am a big fan of the series surprisingly! And a bigger fan of Paul Walker. So it was bittersweet going to see his last film before his untimely death. The hype has been HUGE and I really hoped it was not exaggerated. Honestly, it didn't start well with a random car race but past that we then really get into the story line. Jason Stratham is coming for the whole crew to avenge his baby brother from Fast and Furious 6. What follows is a mind blowing roller coaster ride of action adventure. This film gives you a white knuckle ride that blows all competition this year out of the water. There is so much in this film to comment on its mind boggling.

The cast is AMAZING. The original cast has great chemistry and the baddies are suitably kick ass. The driving stunts, well is should go without saying, are AWESOME. Paul Walker's stunts and nearly going of a cliff was classic edge of your seat stuff. Also Shout out for Tony Jaa, who's martial arts stunts are extraordinarly wild. There is also a great fun fight sequence between Michelle Rodriguez and Ronda Rousey in evening dress no less. Love seeing femail actresses been given feisty roles and Michelle really gives it her all. Stratham does his growly thing and is an excellent foil to Vin Diesal even more gravelly voice. Must mention The Rock and Kurt Russell who played smaller roles but both relished the screen time by hamming it up with a straight face. (I have to say I giggled throughout at the sheer outrageousness of it all.Just loved all the humour and insane lines!)  What is so clever and on the money is that it is so tongue in cheek they get away with it. Also must mention, I have never seen so many cars fly before!! Out of planes, from building to building. You have to see it to believe it! Its all totally bonkers and over the top and I loved every minute of it. If you want escapism this it the film for you.

On a poignant note I liked it gave each of the main cast a chance to shine with some great repartee and quieter emotive scenes which add really pathos when they are with Paul Walker. I was astonished that the team managed to put Paul Walker throughout the film which was absolutely necessary.  The wonders of technology is scarily good although James Wan, the director did say he had to use every trick in the book. James Wan handles this film with a light but firm touch while giving the film a great message about the importance of sticking by family and friends.

Full credit to the commitment of cast and crew, especially Vin Diesel who is the lynch pin of the film, for finishing a wonderfully entertaining film under horrendous circumstances of not only losing a main character but also a friend. They have given Paul Walker a truly fitting send off. The last scenes are extremely poignant and sensitively handled. Not mawkish or treacly. Seeing Paul Walker and Vin Diesel in the last scenes reminiscent of how their great partnership had started 7 films ago left a a tear, Ok more than one : ( , in my eye for the loss of a truly beautiful and talented actor. 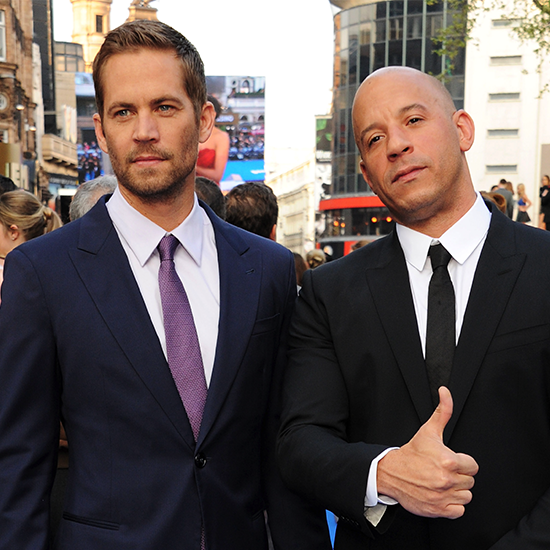 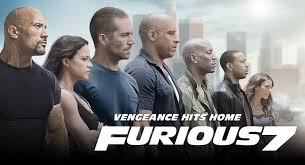