This week my pick of children's books for The South Wales Evening Post  include a star gazing heroine, a finger painting garden, chocolate trouble at Easter and a heroine with a different view of the world.

My column can be found in the Weekend supplement of The South Wales Evening Post on Saturday and Sunday.

Wishing Everyone A Very Happy Easter! 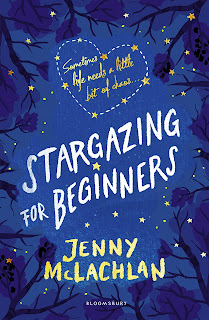 STARGAZING FOR BEGINNERS BY JENNY MCLACHLAN
YOUNG ADULT 12+
Meg is desperate to win a competition to visit NASA because she dreams of becoming an astronaut. When her eccentric mother leaves her looking after her sister Elsa how will she juggle school and a baby? A fast paced contemporary coming of age tale about responsibility, friendship and following your dreams. Full of girl power this is a feisty, fun read and unapologetically smart! Never be too afraid to reach for the stars.
ISBN 9781408879597 PB Bloomsbury £7.99 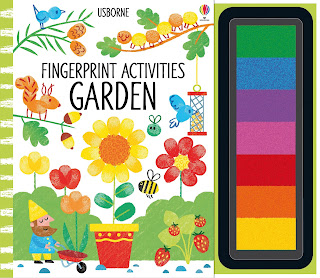 FINGERPRINT ACTIVITIES GARDEN BY FIONA WATT & CANDICE WHATMORE
CHILDEN 5+
Great for bored little fingers over the holiday. This activity book is brimming with ideas for finger painting with lots of scenes for pictures inspired by the garden. Very clearly and brightly illustrated by Candice Whatmore kids will love learning how to finger paint foxes, flowers, spiders or rabbits amongst others. Children will spend hours having fun creating their own pictures with the included ink pad. Perfect for budding, little artists.
ISBN 9781474932301 HB Usborne £9.99 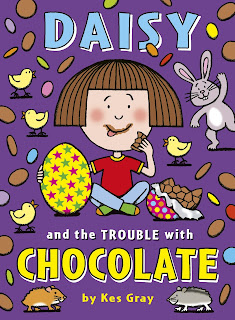 DAISY AND THE TROUBLE WITH CHOCOLATE BY KES GRAY
CHILDREN 6+
Daisy is back but this time she is getting into trouble over Easter. Her mum is taking her to Chocolate Land and she has to look after the class hamsters at the same time. What could go wrong! Simple, engaging text that is littered with funny illustrations by Garry Parsons, this is perfect for early readers and reading out loud. Ideal for the holidays and chocolate lovers. A great alternative to a chocolate egg!
ISBN 9781782956099 PB Red Fox £5.99 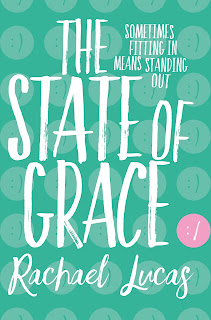 THE STATE OF GRACE BY RACHAEL LUCAS
YOUNG ADULT 12+
Grace has Aspergers and her own way of looking at the world. As long as life stays the same Grace feels safe with her horse and her best friend for company. However change is on its way, how will she cope? This is an intimate portrayal of a teenager that is enlightening, funny and romantic. Grace's witty, inner dialogue proves insightful to the reader especially as the story was inspired by the authors real life experiences.
ISBN 978150983395551 PB Macmillan Childrens £7.99

Posted by Drawing On Books at Friday, April 14, 2017 No comments: Links to this post

This week my pick of children's books for The South Wales Evening Post include a book loving heroine, fun at the farm, a code cracking young genius and a time travelling romance.


My column can be found in the Weekend supplement of The South Wales Evening Post on Saturday and Sunday. Enjoy! 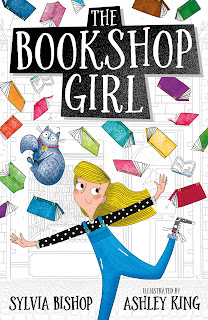 BOOKSHOP GIRL BY SYLVIA BISHOP & ILLUSTRATED BY ASHLEY KING
CHILDREN 9+
Property has a big secret. She can't read, even though she loves everything about books. When her adopted family win a wondrous bookshop, is the prize too good to be true? Will Property save her family from disaster and keep her secret? Can the shop's very grumpy cat help her? This magical story is a joy with a feisty heroine that will capture your heart. The line illustrations by Ashley King compliment its quirky charm throughout. Enchanting.
ISBN 9781407159690 PB Scholastic £5.99 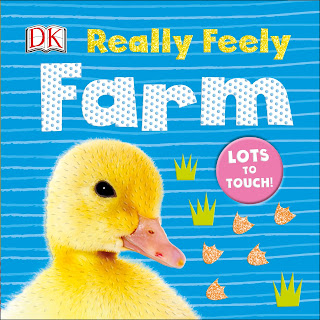 REALLY FEELY FARM BY DORLING KINDERSELY
BOARD BOOK 0+
These delightful sturdy touch and feel books are packed with fluffy patches, bumpy patterns and tactile glitter that invite pre schoolers to touch and tickle. The crisp, clear pictures and text show a well thought out introduction to animals and birds on the farm. Toddlers can learn the names of chickens, pigs, sheep and more. Also available in the series are Baby Animals. A perfect and healthy alternative to chocolate for Easter!
ISBN 9780241268056 HB Dorling Kindersley £ 5.99 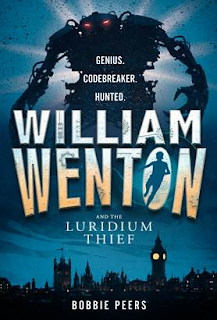 WILLIAM WENTON AND THE LURIDIUM THIEF BY BOBBIE PEERS
CHILDREN 9+
William has inherited a genius for code breaking from his grandfather, who has mysteriously disappeared. When his extraordinary talent is discovered he is kidnapped and taken to a secretive institute full of some very cool gadgets and robots. What is the strange substance called Luridium? Who is chasing him? This award winning adventure bristles with excitement, humour and some jaw dropping cliff hangers giving it a wide appeal. Da Vinci Code meets Alex Rider.
ISBN 9781406371703 PB Walker Books £6.99 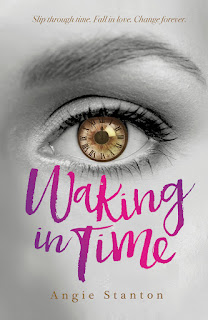 WAKING IN TIME BY ANGIE STANTON
YOUNG ADULT 13+
Abbi arrives in college only to find, on her second day, she wakes up in 1983. It's just the beginning of her time travelling. Can she solve her grandmother's mystery as she tumbles through the decades? Another student, Will has travelled forward in time from 1927. Will their love survive? How will they get back home? A nostalgic, romantic mystery with a timely twist. Back to the Future meets The Time Travellers Wife.
ISBN 9781782025931 PB Curious Fox £7.99

Posted by Drawing On Books at Friday, April 07, 2017 No comments: Links to this post 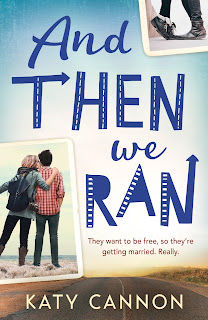 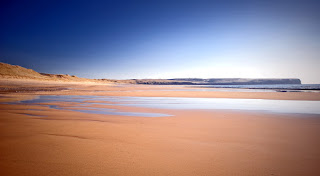 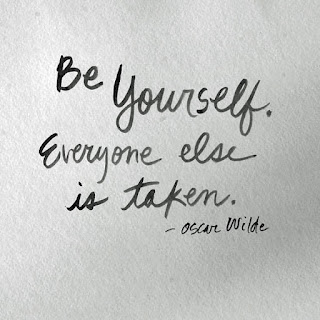 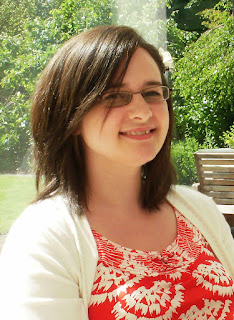 Posted by Drawing On Books at Sunday, April 02, 2017 No comments: Links to this post