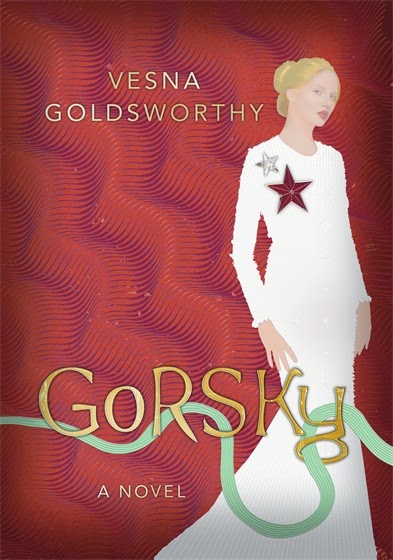 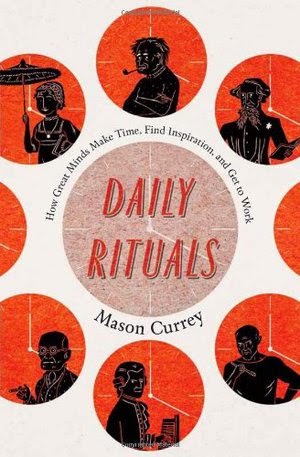 How is a novel written? A masterpiece painted? A symphony composed?

Benjamin Franklin took daily naked air baths and Toulouse-Lautrec painted in brothels. Edith Sitwell worked in bed, and George Gershwin composed at the piano in pyjamas. Freud worked sixteen hours a day, but Gertrude Stein could never write for more than thirty minutes, and F. Scott Fitzgerald wrote in gin-fuelled bursts - he believed alcohol was essential to his creative process.

Here are the working routines of more than a hundred and sixty of the greatest philosophers, writers, composers and artists ever to have lived, who, whether by amphetamines or alcohol, headstands or boxing, made time and got to work.
A chance to see what great lives look like when the triumphs, dramas, disruptions and divorces have been all but boiled away. It will fascinate anyone who wonders how a day might best be spent, especially those who have wondered of their artistic heroes, as a baffled Colette once did of George Sand: how the devil did they manage? (Guardian)

An utterly fascinating compendium . . . This book is the ultimate retort to the flaneurs who dream about the novel/screenplay/painting they would create if only they had the time. Its message is that serious artists make the time, and most of them make it at the same time every day (Daisy Goodwin Sunday Times)

A fascinating  little jewel of a book. These 'amuse-bouche' is a riveting insight into the lives of many of our greatest writers, artists and musicians and their daily rituals. What comes across in these tiny tales is that if you have a passion to create you will make the time and not let life get in the way. As an artist you have to be selfish, determined and have a one track mind.

There is someone for everyone in this from Picasso to Steven King, Georgia O Keefe to Beethoven giving it a broad appeal. I absolutely loved reading about the lives of the great and the good of our cultural giants. It is like spying through a keyhole into their lives for a few seconds. Each artist is given no longer than a page or two depending I suppose on the amount of facts Currey was able to gleen but that is enough.

What you take from the book, (or I did as an artist) is that there is no magic formula to create. Everybody has their own idiosyncrasies. The majority did have very disciplined (and quirky) rituals that they kept to rigorously. However there were some real eccentrics and undisciplined artists and writers who still produced masterpieces. What you take away from this treasure trove is listen to what works for you. We are all individuals and we all work in different ways BUT if you can find the daily rituals that work for you then the world is your oyster.

A great gift for culture vultures and artists alike. Perfect to dip in and out of or read at a stretch.


Poignant feel good movie with a twist of lemon. Romance has no barriers when it comes to age.

A stella cast just managed to pull this sequel off to bring us another hit. We return to The Exotic Marigold Hotel where Sonny wishes to expand his hotel with the help of Maggie Smith. Dev Patel and Maggie Smith have a genuine chemistry going with Maggie having to curb his youthful inexperience and impetuous with her wisdom and experience. Her sharp withering comments are never far away. I had hoped that the writers would still make it as cuttingly witty as it was before and non PC and even though it is not as dramatic or as shocking as the first it is still there very much evident.

We return to the ongoing storylines in the first. Judi and Bill Nighy are still dithering over their relationship. When Judy says to a friend about Bill, " I just want him to give me time". Her friend asks but how much time do you have? This is a film that says to us all what ever age Carpe Diem. Seize The Day.What I really like is that it is not patronising to older people at all. They are all living full lives with jobs, social and romance. It does have a strong message for us all. Especially to the other film reviewers of this film who's ageist and insulting remarks i have found absolutely shocking.

Getting back to the rest of the cast Celia Imrie flits between two suitors but one of her last scenes is especially poignant and subtle and rescues her from a silly storyline. Ronald Pickup had the silliest storyline where he thought he had unintentionally put out a hit on his girlfriend. I just wish this hadn't been given so much time although necessary for laughs. Two new residents included Richard Gere and Tamsin Grieg who I felt both were miscast. Gere was clearly put in to attract the american audience but looked like  he felt he shouldn't be there and slept walked through the film.

I must put a shout out for the magnificent Penelope Wilton who made a fleeting visit but seriously made the most of it. Talking of fleeting visits David Strathairn plays the hotel investor very briefly. At the end he and Maggie have one scene together which positively crackles. I fervently wish they had given them both more time together.

The overlaying storyline which linked everyone was Sonny's upcoming wedding. It all concluded after a few hiccups to a wonderful Indian wedding scene with a healthy dose of brilliant Bollywood dancing thrown in. It was truelly uplifting but as in the last tempered with a dose of reality. I won't give any spoilers but Maggie Smith closed the film with a speech which will melt your heart. One of our finest actresses she was truelly spellbinding and you felt privileged to watch her.

Absolutely Recommended. This second helping is definitely worth the wait. A few hiccups in the middle but the stella performances from most of the cast, especially Maggie Smith and Judi Dench with their ageless coquettishness is worth the ticket alone.