This week my children's book reviews include a sumptuous book of birds, an insightful picture book about two autistic friends, a beautiful and mystical adventure of a fox cub and an in-depth look at the fabulous women in the Marvel Universe. 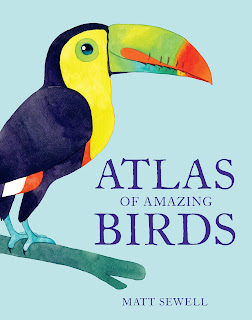 ATLAS OF AMAZING BIRDS BY MATT SEWELL
CHILDREN 7+
This vibrant compendium celebrates the most amazing birds from around the world. The dazzling watercolour illustrations are accompanied by witty and informative observations that bring the birds to life. Did you know The Great Grey Owl is the largest in the world? From magnificent eagles to tiny hummingbirds children will discover about migrations, mating rituals, surviving in extreme environments — a stunning gift book for little nature lovers and a lovely book to share with the family.
HB Pavilion £16.99 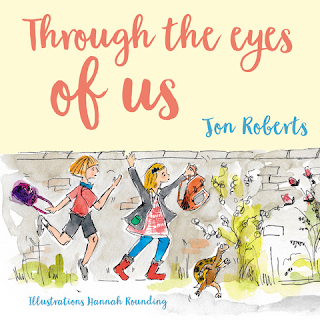 THROUGH THE EYES OF US BY JON ROBERTS
PICTURE BOOK 4+
Friends Kya and Martha are both autistic and both completely different. Kya is quiet, but Martha is talkative and asks a lot of questions. Both love the sensations around them, touching different materials and treat every day as an adventure. The second in the series will continue bringing a greater understanding of children's differences and is especially useful to share in class. The joyful pen and wash illustrations perfectly capture the two energetic and happy girls.
PB Graffeg £7.99 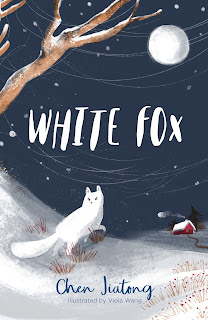 WHITE FOX BY CHEN JIATONG
CHILDREN 9+
Orphaned fox cub Dilah must embark on a quest to become human. A magical moonstone is his only guide. Children will love following Dilah's adventure across strange lands as he meets new friends. But who are the blue foxes chasing him? The story captures the kindness and cruelty of humans, the beauty of nature and how the cub learns to be brave. It is sprinkled with evocative illustrations by Viola Wang. Lion King meets Watership Down.
Chicken House PB £6.99 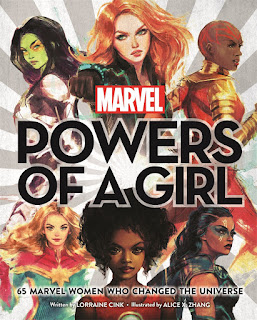 POWERS OF A GIRL BY LORRAINE CINK & ALICE X.SHANG
CHILDREN 10+
Explore the lives of 65 exceptional and diverse Marvel Women who changed the universe. It is filled with inspiring lessons and observations paired with the origins of each character. The accompanying illustrations are vibrant and emotive with a seventies vibe. Discover all about these fearsome females from the most well known such as Captain Marvel and Gamora to lesser-known such as Squirrel Girl and Silk. A perfect present for Marvel fans.
HB Studio Press £12.99

Posted by Drawing On Books at Thursday, September 26, 2019 No comments:

This week my children's book reviews include two books for little eco-warriors. Children can read about climate change and how to help the planet by reducing plastic. Also children can be star in their own picture book and for teens a cotemporary coming-of-age book dealing with different cultures. 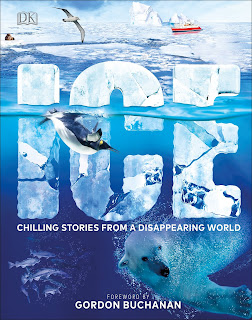 ICE BY DK WITH FOREWORD BY GORDON BUCHANAN
CHILDREN 9+
Discover how animals, plants and humans survive in icy realms. This highly illustrated and fact-filled book invites young readers to learn more about the coldest places on earth and what is threatening them. Children will be captivated by the fight for survival of animals like the polar bear, penguins and reindeer. Brimming with fascinating facts and incredible photography it also examines the impact of climate change — a mesmerising and timely gift for nature lovers.
HB Dorling Kindersley £14.99 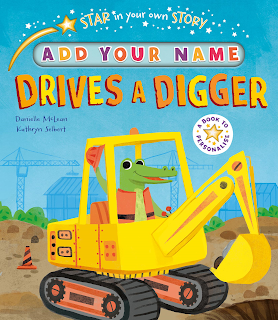 STAR IN YOUR OWN STORY: DRIVES A DIGGER BY DANIELLE MCLEAN & KATHRYN SELBERT
PICTURE BOOK 4+
When digger hits something hidden in the earth, the builders wonder what it could be? In this personalised book, you can add your child's name using the provided alphabet stickers. Children will love seeing their name appear on each page, becoming the star of the story. The bold and bright animal characters add to the fun. Part of a series which comes in large and small formats these make great presents to share and enjoy.
Little Tiger HB £12.99 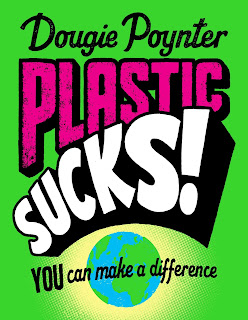 PLASTIC SUCKS! BY DOUGIE POYNTER
CHILDREN 8+
An essential handbook for mini eco-warriors on how to join the fight against plastic waste. Packed with tips on reducing plastic plus a history of plastic and its pros and cons. It also introduces key campaigners and eco-entrepreneurs including Will Travers of Born Free and Amanda Keetley, the founder of Less Plastic UK. A great way to arm our future generation with the tools to help the planet and make a difference. Inspiring. 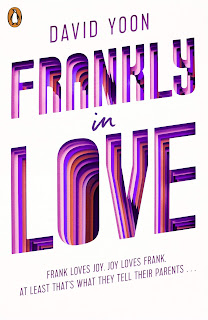 FRANKLY IN LOVE BY DAVID YOON
YOUNG ADULT 12+
Two Korean friends, Frank and Joy Song, try to balance family expectation with navigating high school. Trouble brews when they both fall for people outside of their culture and therefore deemed unacceptable to family. A modern romance that deals with identity, culture and oncoming adulthood. Teens will love the wit and wisdom and the diverse cast of characters. A thought-provoking insight into the difficulties of fitting in. For fans of Rainbow Rowell and Jenny Han.
PB Penguin £7.99

Posted by Drawing On Books at Friday, September 20, 2019 No comments:

This week my children's book reviews include a brilliantly clever middle grade detective story, a picture book about acceptance, a middle grade drama about family and an exciting SAS adventure for teens. 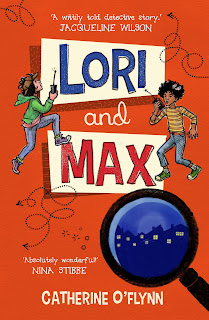 LORI AND MAX BY CATHERINE O'FLYNN
CHILDREN 9+
When money goes missing from the classroom new girl Max becomes the suspect. But her friend and wannabe detective Lori is determined to prove Max's innocence. When Max disappears, can Lori solve the mystery? A contemporary whodunnit with two endearing and quirky heroines. The twists and turns are dealt with a sleight of hand that will have you guessing until the end. Full of laughter, excitement and empathy this is the perfect pick for budding sleuths.
Firefly Press PB £6.99 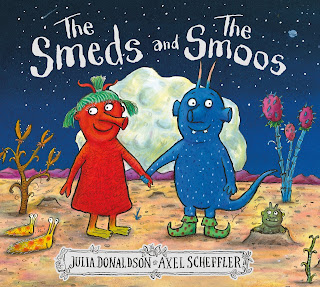 THE SMEDS AND THE SMOOS BY JULIA DONALDSON & AXEL SCHEFFLER
PICTURE BOOK 4+
The Smeds (who are red) and the Smoos (who are blue) never mix because of their differences. But what will they do if a Smed and Smoo fall in love? A beautiful story of inclusivity and learning to appreciate each other's differences rather than be mistrustful of them. The joyful and colourful illustrations capture the wild and wonderful array of aliens, and you can even spot a Gruffalo alien. A story for our times.
Alison Green Books HB £12.99 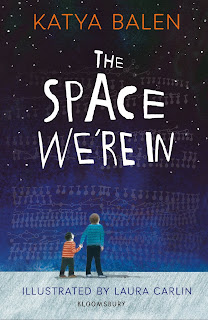 THE SPACE WE'RE IN BY KATYA BALEN
CHILDREN 10+
Frank's little brother Max is autistic. The whole family loves him, but sometimes Frank resents all the attention Max receives. When tragedy strikes their world spirals out of control. Can the family piece their lives back together? This deals with big issues like sibling love and rivalry, grief, anxiety, as well as love and hope. Sensitively illustrated by Lauren Carlin this will make you laugh and cry. For fans of David Almond and R.J. Palacio.
Bloomsbury HB £10.99 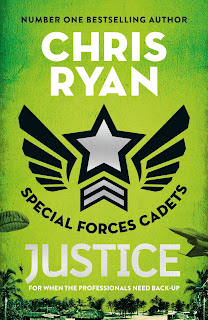 YOUNG ADULT 13+
To catch a warlord of an international trafficking ring, The Special Forces Cadets must use themselves as bait. But the bad guys always seem one step ahead. Can the teens survive the Congo rainforest? Who can they trust? An exciting fast-paced adventure with authentic detail by the former SAS author that adds to the tension. The third in the series with its ensemble cast has enormous appeal for fans of Alex Rider and CHERUB.
Hot Key PB 6.99

Posted by Drawing On Books at Thursday, September 12, 2019 No comments:

This week my children's book reviews include a giant book of Greek myths, a princess who parps, a world of maths explained to young children and an exciting middle grade adventure based on Russian folklore. 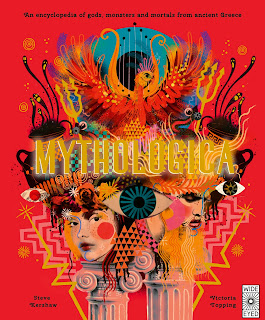 MYTHOLOGICA BY DR. STEVE KERSHAW & VICTORIA TOPPING
CHILDREN 10+
Uncover the lives of 50 powerful gods and goddesses, legendary mortals and terrifying monsters from ancient Greece. Children will learn about Zeus, the King of Gods and his wife Hera amongst others living on Mount Olympus. They will be amazed by heroic tales such as The Trojan War and The Odyssey. The magnificent and vibrant illustrations burst from every page and bring the mythology to life. A present of epic proportions.
Wide Eyed Editions PB £20 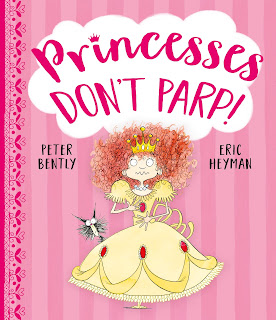 PRINCESSES DON'T PARP BY PETER BENTLY & ERIC HEYMAN
PICTURE BOOK 4+
A princess is living in a palace full of parpers. The butler squeaks, her troops' trumpet but you will never catch the princess doing bum blasts! However when the princess becomes nervous about her party, she starts to feel a bit gassy. Kids will have a blast reading this hilariously witty and somewhat windy tale. The lively illustrations are full of irreverent and wry visual gags (and gasses!)
Simon & Schuster PB £6.99 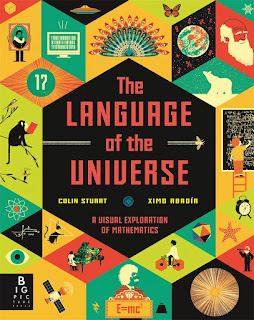 THE LANGUAGE OF THE UNIVERSE BY COLIN STUART & XIMO ABADIA
CHILDREN 8+
A visual exploration of mathematics, divided into four clear sections. Understand how maths is used in the natural world, physics and engineering, space as well as technology. From atoms to beehives to the movement of planets, everything revolves around maths. But how? Children will be taken on a visual journey with easy to read text and stunning surrealist art. A real eye-opener and a fantastic way to interest children in the world of maths.
Big Picture Press HB £16.99 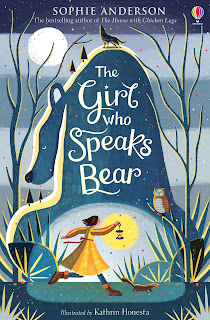 THE GIRL WHO SPEAKS BEAR BY SOPHIE ANDERSON
CHILDREN 9+
Yanka grows up knowing she is different. Why do the trees whisper to her? Abandoned as a baby in a bear cave, she must find her true origins and embark on an epic quest. An enchanting adventure laced with Russian folklore and an extraordinary cast of characters. The atmospheric illustrations peppered throughout capture her snowy world perfectly. I loved Yanka's fearless spirit, her bond with nature and her determination to write her own story. Inspiring and heartening.
Usborne PB £6.99

Posted by Drawing On Books at Friday, September 06, 2019 No comments: