This week my children's book reviews include a Jurassic World style adventure, an enormous book of art, a map of monsters and a time travelling football adventure!

Also in the Weekend section of 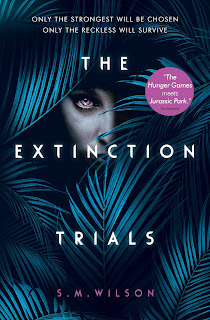 THE EXTINCTION TRIALS BY S.M.WILSON
YOUNG ADULT 12+
In a land full of monsters the only way to survive is to risk everything. Stormchaser wants to escape her starved, grey life while Lincoln wants to save his dying sister. To do so they must enter a dangerous competition on an island of dinosaurs. Atmospheric world building and a strong cast, this is a nerve-jangling, gut-wrenching, vivid story of survival, friendship and betrayal. Jurassic Park meets Hunger Games.
ISBN 9781474927345 PB Usborne £7.99 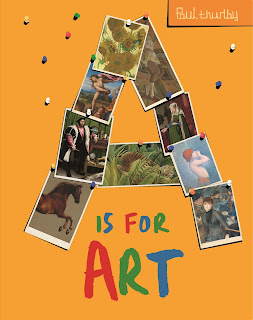 A IS FOR ART BY PAUL THURLBY
CHILDREN 5+
Discover famous painters and timeless works of art on an alphabetical tour of the National Gallery in London. From Da Vinci to Monet, from medieval masters to the French impressionists this will demystify some of the nations greatest art treasures for little ones. The large format book is bursting with fascinating facts and sumptuous high quality reproductions that makes it perfect for art lovers of all ages to share.
ISBN 9781444933673 HB Hodder £14.99 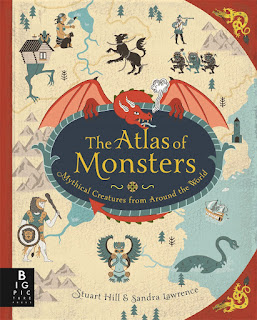 THE ATLAS OF MONSTERS BY STUART HILL & SANDRA LAWRENCE
CHILDREN 7+
A mysterious collection of maps has been discovered showing where in the world mythological monsters can be found. Has intrepid explorer, Cornelius Walters, really recorded the truth or is it a hoax? Inside you will find trolls and dragons, minotaurs and krackens, plus there is also a puzzle for young adventurers to solve along the way. The spectacular illustrations evoke the beauty of a medieval map in this large format book but with a contemporary twist.
ISBN 9781783706969 HB Big Picture Press £14.99 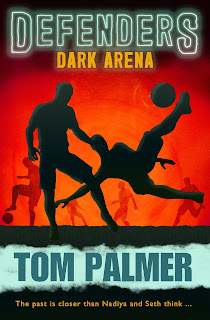 DEFENDERS: DARK ARENA BY TOM PALMER
CHILDREN 9+
The second in a spooky new series that combines the thrills of football, history and supernatural sleuthing. Seth and Nadiya must investigate when ghostly activities threaten a premier League club as they build a new stadium on Roman ruins. Can the friends face their fears against an army of zombie-slaves and a ruthless and corrupt tycoon? An accessible and exciting read that will enthrall the most reluctant of readers.
ISBN 9781781127308 PB Barrington Stoke £6.99