A Selection of Books for Children to mark Remembrance Day

I picked four books for all ages which feature both World Wars.  Where The Poppies Now Grow is a sensitive book for the very young giving a gentle introduction to WW1. I wanted to include a poetry book as I think children should be introduced to this genre from a young age and they are short, you can dip in and out and can sometimes capture the time of war in the most powerful way. The Snow Goose and War Horse are both classic books that should be read. They both contain a powerful message of loyalty and love and will live on in the memory long after these book has been finished. 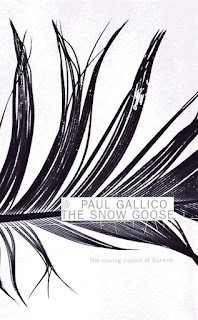 SNOW GOOSE BY PAUL GALLICO
A hauntingly beautiful book that in my opinion is a forgotten classic and which has stayed in my memory since I was a teenager. It tells the story of an unlikely love between a disfigured artist and a young girl whilst they care for an injured bird and is set against the ravages of the Second World War. A story that will touch your heart with its rawness of emotion and nobility of spirit.
ISBN 9780140299526PB Penguin Books Ltd £7.99
5/5 Stars 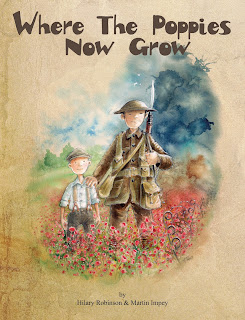 WHERE THE POPPIES NOW GROW BY HILARY ROBINSON
A movingly poetic story about the strength of friendship in a time of war. Two young friends innocently sign up to fight in WW1, proud to do their duty but not fully understanding the reality and the horrors they will experience. Aimed especially for young children it first shows two friends pretending to be soldiers to the reality of actually fighting in the trenches. The lyrical writing and beautiful illustrations make it accessible for all ages.
ISBN 9780957124585PB Strauss House Productions £6.99
5/5 Stars 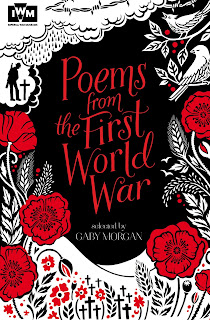 POEMS FROM THE FIRST WORLD WAR BY GABY MORGAN

Poems about the war written by those who have experienced it first hand can elicit a truly visceral reaction which evokes the reality of the time. This comprehensive collection serves as a great introduction to First World War poetry. Alongside the most well known ,such as Wilfred Owen's haunting Dulce Et Decorum Est, its good to see many women’s voices, such as Vera Brittain and Eleanor Farjeon, included.
ISBN 9781447248644PB Pan Macmillan £5.99
5/5 Stars 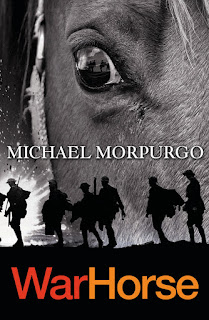 A children’s classic that shows the realities of World War One through the eyes of a horse called Joey. We all know the horrendous human loss but Morpurgo shows the enormous sacrifice that was made by animals at the time as well. Joey sees the best and worst of humanity, however his devotion to his first master remains. It is an emotional adventure that highlights loyalty and friendship.
ISBN 9781405226660 PB Egmont UK Ltd £6.99