My Top Ten Christmas Books for 9+ and confident readers

My top ten favourite books I reviewed in 2015 perfect for Christmas. Suitable for confident readers 9+.

1.THE WOLF WILDER BY KATHERINE RUNDELL 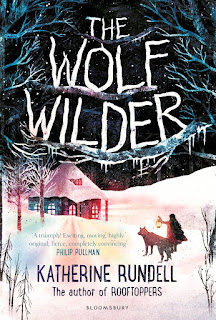 High octane adventure set in snow bound Russia. A 'dark and stormy' girl called Feo fights for survival alongside a pack of wolves who's ultimate goal is freedom. Feo teaches tame wolves to fend for themselves but when the Russian Army threaten their very existence they must go on the run. A beautifully written modern day fairytale laced with Russian culture and folklore and evocative little drawings inside.
ISBN: 9781408862582  HB Bloomsbury Publishing £12.99


2.RETURN TO THE SECRET GARDEN BY HOLLY WEBB 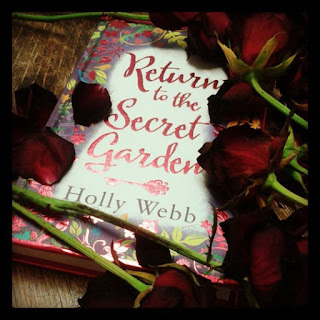 A welcome return to one of my favourite classics is sure to weave its spell over a new generation. Set against the backdrop of World War Two it tells of a lonely orphan Emmie sent to Misselthwaite for safety. Whilst pining for her cat left behind in London there is a secret garden to be uncovered. The realities of war are never far away however heralding new beginnings and endings. This is an atmospheric, beautiful read I thoroughly enjoyed. ISBN 9781407144856 Scholastic HB £8.99 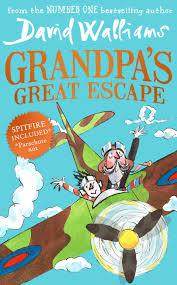 David Walliams, the young pretender to Roald Dahl returns with his irreverent humour to tease and torture his army of young fans. David's hotly anticipated new novel tells the story of the special bond between a small boy and his beloved grandfather who happens to be able to fly a spitfire plane. They both take to the skies to save the day immersing the reader in a rip roaring adventure over London. David's naughty sense of humour is perfectly captured by the drawings of award-winning illustrator Tony Ross. Out Sept 24th
ISBN: 9780007494019 HB HarperCollins £12.99 An historical magical adventure about friendship, loyalty and bravery. Set in an alternative Cromwellian England Hazel, a young witch and her grumpy familiar, a dormouse called Bramley search for her kidnapped mother. She is forced to team up with two witch finders while trying to keep her true identity a secret. But will they help or betray her? Aimed at a younger audience, its great for boys and girls who are confident readers
FULL REVIEW CLICK HERE
ISBN 9781447283553 PB Pan Macmillan £6.99 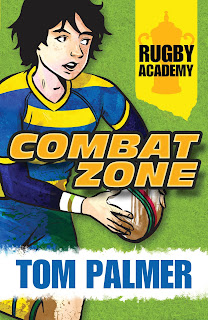 Well known for his much loved football books Tom now turns his attention to rugby with great success. School boy Woody uses rugby to help him stop worrying about his dad, who's an RAF pilot and in imminent danger. Boys who prefer contemporary stories will love this double dose of adventure, danger and excitement between father and son. NB. Barrington Stoke books are suitable for struggling, reluctant and dyslexic readers also.
ISBN 9781781123973 PB Barrington Stoke £5.99
6.THE LAST WILD BY PIERS TORDAY 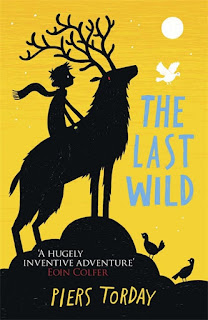 A futuristic adventure about the perils of climate change. Kester is an extraordinary boy who is the only one that can save the last animals on the planet from extinction. A gripping read for animal and adventure lovers. It's message is simple and clear, we can work together to save our beautiful planet or risk losing it for future generations. A cracking start to an epic quest from the winner of The Guardian Childrens Fiction Prize.
ISBN: 9781780878300 PB Quercus Publishing £6.99 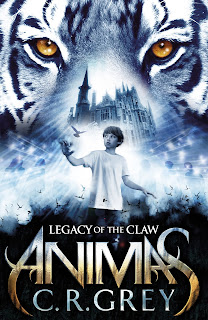 Everyone that twelve year old Bailey knows has a bond with an animal who guides them but he hasn't found his yet. With a mythical tiger hunting the school grounds and dark forces surfacing can Bailey fulfil a prophecy without his? With colourful engaging characters in a setting appealing to Harry Potter fans, this is an enthralling beginning to a new exciting adventure series. Great for boys and girls who love animals and magic.
ISBN: 9781471401299 PB Hot Key Books £ 6.99

8.LISTEN TO THE MOON BY MICHAEL MORPURGO 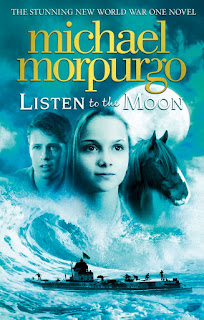 Another riveting bitter sweet tale from the much loved author of War Horse. A girl is washed up on the shores of the Scilly Isles in World War One. But who is she and where did she come from? Inspired by the true events of the sinking of the Lusitania is tells the tale of love, loss and survival as Lucy's past is slowly revealed. The twists and turns in this moving tale will have some children and adults reaching for their hankies! What sets Morpurgo apart is that he is able to convey real life events through a fascinating story that educational and enjoyable without being preachy. My only niggle is that it is a little long for this age group.
ISBN 9780007339655 PB £6.99 Harper Collins

9.GOTH GIRL AND THE WUTHERING FRIGHT BY CHRIS RIDDEL 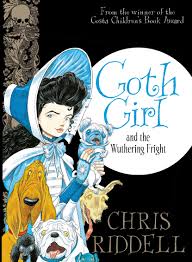 This sumptuous and richly decorated treasure of a book is every little girls dream gift. The metallic embossed cover and intricate illustrations on virtually every page are a delight. The third in the series we follow the continuing adventures of Ada and her friends as they struggle to solve a mysterious plot in Lord Goth's Dog Show. There are plenty of clever literary references such as Sir Walter Splott and Plain Austen that will appeal to adults and laugh out loud humour for the children. A real gem.
ISBN 9781447277897 PB Pan Macmillan £10.99


10.HOW TO FIGHT A DRAGONS FURY BY CRESSIDA CROWELL 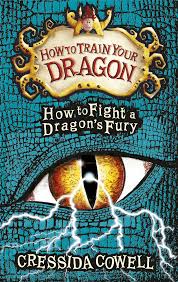 So this is Hiccup last adventure! However his army of fans will not be disappointed. Hiccup is fighting to save the dragons along with a few familiar faces and there are some really touching moments alongside rip roaring adventure. The classic David and Goliath premise will appeal to all. Personally I am going to really miss Hiccup's dragon Toothless. If you have withdrawals check out the brilliant website at www.howtotrainyourdragonbooks.com for more games and stories.
ISBN: 9781444916584 Hachette Children's Group HB £12.99