This week my children's book reviews include a young boy's adventure on a magical island, a little bear going on holiday, a team of llama's who become footballers and a chilling murder mystery. 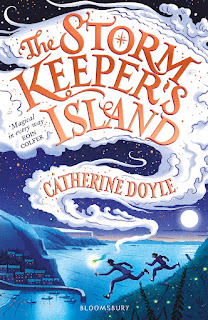 THE STORM KEEPER'S ISLAND BY CATHERINE DOYLE
CHILDREN 9+
While Fionn and his sister Tara are staying with their grandfather on a remote island for the summer they discovers he is a Storm Keeper who protects the magic of the island from its enemies. As his heir apparent Fionn must embrace his destiny and face his fears. I loved the perfect balance of the author's sensitive portrayal of family dynamics with an enthralling adventure that will fire your imagination and draw you into an enchanted world.
ISBN 9781408896884 PB Bloomsbury £6.99 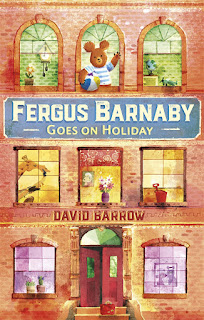 FERGUS BARNABY GOES ON HOLIDAY BY DAVID BARROW
PICTURE BOOK 3+
Fergus and his parents are off on holiday but first he must retrieve all his holidaymaking things that he lent to his friends in his apartment block. Follow Fergus as he collects his swimming goggles, bucket and spade and kite from each differently coloured floor where his friends live. However, has Fergus forgotten the most important thing of all? This celebration of friendship and kindness is perfect for the holidays.
ISBN 9781444929058 PB Hodder £6.99 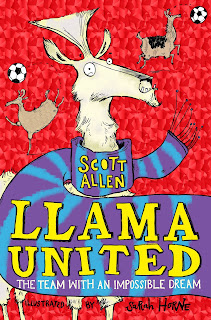 LLAMA UNITED BY SCOTT ALLEN
CHILDREN 8+
After unwittingly eating the ashes of one of the greatest footballers of all time a herd of llamas develop footie skills that would rival Kane. Trained by their mates Tim and Cairo can these hairy players reach the Cup Final? Or will jealous rivals call foul on their dream? Accompanied by irreverent ink illustrations by Sarah Horne, this hilarious tale will have you in stitches. You can continue to follow the team in the sequel Llamas Go Large.
ISBN 9781509840908 PB Macmillan £6.99 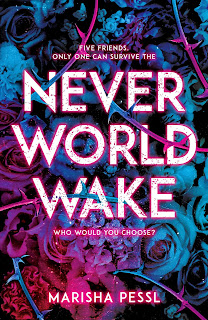 NEVERWORLD WAKE BY MARISHA PESSL
YOUNG ADULT 12+
Bee hasn't spoken to her best friends since her boyfriends' mysterious death. One year later at a reunion, she is determined to find out the truth. However, her beautiful friends at the elite prep school are keeping secrets. When a mysterious man knocks on the door, they must make a choice, who must live and who will die. A slick murder mystery with a touch of Stranger Things that is perfect for poolside reading.
ISBN 9781407187952 PB Scholastic £7.99