This week my children's book reviews commemorate both the First and Second World Wars. They include a moving middle grade book of love and loss in World War One, a sensitive picture book about a young girls dad returning from war, a middle grade adventure mixing World War Two history with myth and a true story of a young protegee fleeing the Nazi's to London. These books are all not only really enjoyable but inspiring and educational. Perfect for Remembrance Day. 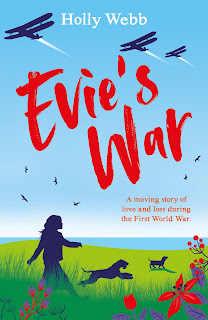 EVIE'S WAR BY HOLLY WEBB
CHILDREN 9+
It's 1914 and Evie's brother has gone to war however she is comforted by her adored dogs. But when her father insists one be sent to War Dog School how will Evie cope? A moving and enlightening story of life in Britain during the First World War seen through the eyes of a young girl. It also highlights the little-known role of dogs during the war. For fans of Michael Morpurgo and Emma Carroll.
ISBN 9781407170862 PB Scholastic £6.99 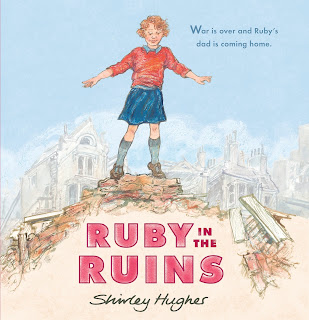 RUBY IN THE RUINS BY SHIRLEY HUGHES
PICTURE BOOK 5+
A classic story of family love, set in post-war London. When Ruby's dad returns from the war she hardly recognises him. How will they reforge their bond? A thought-provoking tale of returning soldiers and their difficulty in settling into everyday life. The illustrations are really evocative of the time and place and are sensitively told through Ruby's eyes. It will give young children an idea of what it was like to live in that time.
ISBN 9781406375893 HB Walker Books £12.99 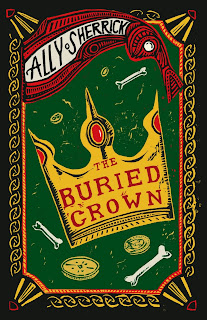 THE BURIED CROWN BY ALLY SHERRICK
CHILDREN 9+
During World War Two George is evacuated to the countryside to avoid the London bombings. But he finds himself in danger while trying to protect a priceless Anglo-Saxon crown from the Nazi's. A fast-paced historical adventure that is cleverly interwoven with myth. It is in part inspired by the Sutton-Hoo treasure and Hitler's fascination with mystical objects which is explained at the back of the book. An absorbing and exciting story with lots of twists and turns.
ISBN 981910655320 PB Chicken House £6.99 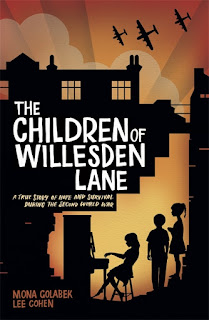 THE CHILDREN OF WILLESDEN LANE BY MONA GOLABEK & LEE COHEN
CHILDREN 10+
When Hitler threatens to invade Vienna Lisa, a musical prodigy is sent to London for safety. But she must leave her parents and sisters behind. Written by Lisa's daughter Mona it is about courage, survival and the power of music to uplift the spirit and bring people together. An inspirational and riveting true-life story. It shows the difficult life choices people were forced to make in times of war but also the power of hope and dreams.
ISBN 9781445161303 PB Franklin Watts £7.99