Let me know your favourite doggy movies, would love other suggestions! 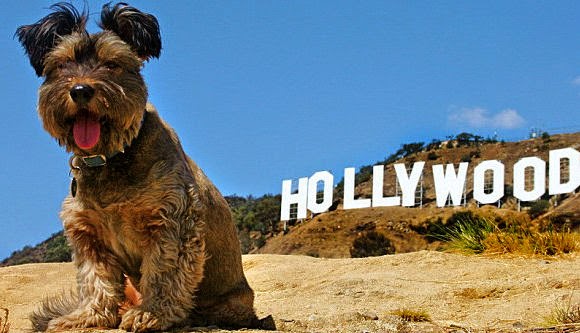 1.Eight Below
This is my all time favourite and based on a true story. All about an Alaskan dog team surviving a bitter winter on their own. Beautifully filmed with Paul Walker playing second fiddle to the dogs. A real treat.


2.Lady and The Tramp
A Walt Disney classic. A Love Story that has seduced generations of children and adults.

3.White Fang
A wild dog, part wolf finds friendship with a young miner whilst running from a brutal past owner. Stunning backdrop and gorgeous dog. I have watched this so many times and never get tired of it.

4.Lassie Come Home
All time classic. So many Lassie films so little time! I have picked the Elizabeth Taylor version but honestly you can't go wrong with any of them. The modern version from a couple of years back is also lovely if you don't like old movies.


5.101 Dalmations
Mix loads of Dalmations with Glenn Close as Cruella DeVille and you have an instant hit. Funny, cute and a little dark. Something for all the family. Of course I do have to mention the cartoon version as well. Both have a charm that you can watch again and again

A family adopts a St Bernard puppy and as he grows watch chaos ensue. Laugh out loud film. Brilliant!

7.Because of Winnie Dixie
Lovely little film based on a classic childrens book. A little girl finds a dog and wants to keep it despite there being a no pet clause in their trailer park. Beautiful sentiment and wonderful characters. Divine Dog.

8.Bolt
Brilliant and clever animated adventure about Bolt, A Hollywood Dog Star who gets lost and has to find his way home. Funny for all ages

9.Hotel for dogs
Adorable family film about a group of kids taking over a disused hotel to rescue and home abandoned dogs. Inventive.


10. Turner and Hooch
Classic with Tom Hanks and his sidekick Hooch, a French Mastiff. If dribble is not your thing then you should give this a miss. However Tom is at his funny best and a perfect foil to his dog partner. Funny and poignant.

The Incredible Journey
The story of three pets, a cat and two dogs, who lose their owners when they are all on vacation. Can they find their way home?

The Call of The Wild
Jack London's classic story from 1903 about Buck, a dog kidnapped from his home in California and taken to the Yukon where he is mistreated until a prospector discovers him and relates to his situation.

All Dogs Go to Heaven
dog returns from the dead looking for revenge on his killer using an orphan girl who can talk to animals
Cats and Dogs
This never appealed to me but its been so popular i thought I'd better put it in!! A look at the top-secret, high-tech espionage war going on between cats and dogs, which their human owners are blissfully unaware of.
K 9
To stop an elusive criminal, a maverick detective enlists the aid of a police dog who's an unusually intelligent smart alec.
Marmaduke
A suburban family moves to a new neighborhood with their large yet lovable Great Dane, who has a tendency to wreak havoc in his own oblivious way.
Snow Dogs
When a Miami dentist inherits a team of sled dogs, he's got to learn the trade or lose his pack to a crusty mountain man.

You'll Need A Tissue, You Have Been Warned

These films I can't watch without shedding a tear. They are all beautiful films but don't watch if you want to cheer yourself up!
Grey Friars Bobby
Marley and me
Hachi
Posted by Drawing On Books at Sunday, September 21, 2014