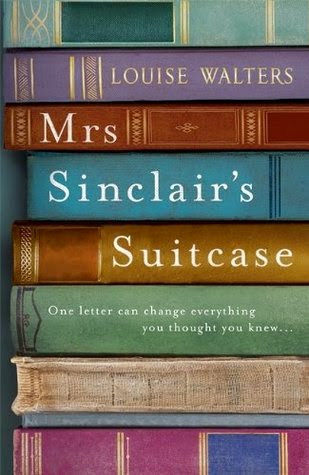 Forgive me, Dorothea, for I cannot forgive you. What you do, to this child, to this child's mother, it is wrong...
Roberta likes to collect the letters and postcards she finds in second-hand books. When her father gives her some of her grandmother's belongings, she finds a baffling letter from the grandfather she never knew - dated after he supposedly died in the war.
Dorothy is unhappily married to Albert, who is away at war. When an aeroplane crashes in the field behind her house she meets Squadron Leader Jan Pietrykowski, and as their bond deepens she dares to hope she might find happiness. But fate has other plans for them both, and soon she is hiding a secret so momentous that its shockwaves will touch her granddaughter many years later...

A beautiful novel about two different women in different times coping with life, love and loss.

The setting for the book is very endearing. Roberta works in a beautiful old bookshop collecting letters of strangers that have been left behind which leads her to find a devastating letter of her grandmothers. It seems she made a decision which led to the loss of her one great love, but why?.

Louise then spins us back in time to Dorothea, Roberta's grand mother in wartime when her husband is away fighting and she is recovering from a still birth. The arrival of Jan a hansome polish pilot turns her world on its head. Back with Roberta, her friendship with Philip, the owner , is kept at a distance because of abandonment issues, insecurities and her terminally ill father. The steady resolve and determination not to give up on either women by both men in the book is deeply romantic, sensitive and I would definitely like to meet both in real life!!

The book weaves back and forth seamlessly as both women struggle to overcome their reticence to make a meaningful connection afraid to be hurt. Both women have quite difficult and frustrating characters in their own way. I can't imagine I would warm to either in a first meeting but as the story gently unfolds to its heartbreaking conclusion Walters shows us why both these woman have made the choices they have and we really shouldn't judge a book by its cover, excuse the pun!!! The secondary characters give the book added richness and it weaves a rich tapestry of intertwining stories that conclude very satisfyingly even if you may need to reach for a tissue at points.

A great debut novel and will definitely look out for this author again.