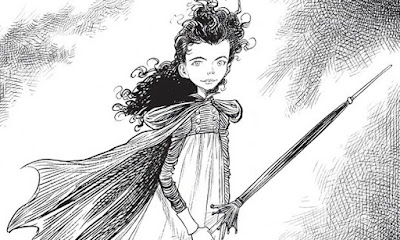 Congratulations to Chris Riddell on becoming Childrens Laureate 2015-2017. Love that he is promoting books and art. BBC article below.

Illustrator and author Chris Riddell wants to encourage "drawing every day" as part of his new role as children's laureate.
The ninth laureate, Riddell, creator of the Goth Girl series, has taken over from Malorie Blackman.
"I'm interested in illustration in all its forms," he said.
"Not only in books for children but in posters, prints and performance, as a way of drawing people into books and stories."
Riddell, 53, who is also a political cartoonist, was officially appointed on Tuesday at a ceremony at the British Academy of Film and Television Arts (Bafta) in London.
He said he planned to put "visual literacy" at the heart of his term of office, which runs until 2017.
You can see Chris talk about his new role on the link below.