This week my children's book reviews include a penguin treasure hunter, a new British Museum activity book, an out of this world adventure and a contemporary nail biting thriller. 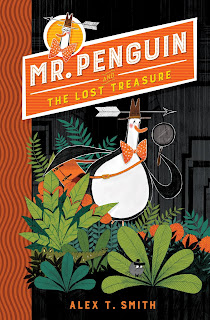 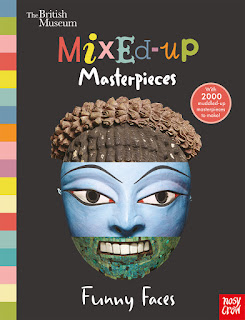 MIXED-UP MASTERPIECES: FUNNY FACES
CHILDREN 3+
A flip flap book using artefacts from the British Museum. Little ones can have hours of fun by trying to match up the correct faces on the split pages as well as make up their own faces. With two thousand combinations from an ancient Egyptian Mummy to a modern Mexican mask this will engage and educate while exploring different cultures from around the world. Includes a QR code for parents to learn more about the ancient artefacts featured.
ISBN 9781788000796 HB Nosy Crow £9.99 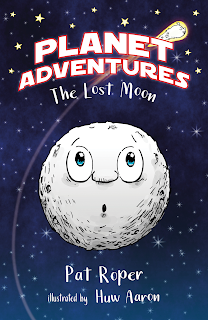 PLANET ADVENTURES : THE LOST MOON BY PAT ROPER & HUW AARON
CHILDRENS 6+
When a lost moon crashes into him, Earth must decide if he will travel across the Solar System to help his new friend get back home, or will he stay in his comfy orbit out of danger? An adventure of galactic proportions with spaced-out illustrations from Huw Aaron. Young readers will love the hilarious space jokes at the beginning of each chapter and the starring cast of characters. A truly out of this world adventure.
ISBN 9780993511837 PB Burst Publishing £5.99 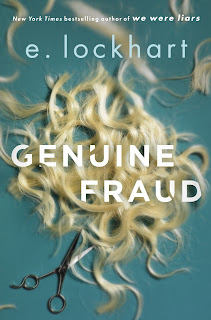 GENUINE FRAUD BY E. LOCKHART
YOUNG ADULT 12+
A runaway heiress and a social chameleon form an intense friendship that leads to murder and betrayal. A noir thriller full of glamour and suspense that will keep twisting you up in knots as it skitters backwards and forwards in time. From the author of bestseller We Were Liars the two strong female characters will keep you guessing until the end. A story that explores how we identify ourselves and others. The Talented Mr Ripley meets Great Expectations.
ISBN 9781471406621 HB Hot Key £12.99