Interview with Peternelle Van Arsdale, Author of The Beast Is An Animal

My interview with  Peternelle Van Arsdale,  young adult author of The Beast is an Animal.

The Beast Is an Animal is an eerie, compelling, wholly original tale of far-flung villages, dark woods, and creatures that hunt in the night. It’s also a deeply human story about a girl finding her way in a world that is ugly and beautiful, good and bad—and discovering the same within herself. 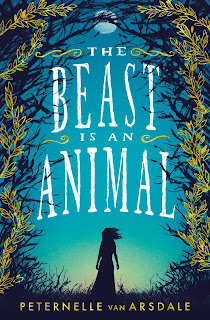 Where did the idea for The Beast Is an Animal come from?

The prologue is really where it all started—however the prologue was actually written for a very different novel. I’d planned the prologue as a way of explaining the backstory of two characters. When I wrote it in the style of a classic fairy tale, I found the voice that I should have been writing in all along. Then the rest of the novel flowed from there. In addition to the fairy tales of the Brothers Grimm—which to me are far more about moral gray areas than they are about princesses—I was also inspired by the classic horror and gothic literature I inhaled as a child and young adult (particularly Bram Stoker’s Dracula and Charlotte Bronte’s Jane Eyre)

Is it true you were, in part, inspired by Wales for your book?
The mood and landscape were most definitely inspired by Wales. There is a particular scene in the novel that is directly drawn from my experience of the Welsh coastline. As a child I was obsessed with Wales—or an idea I had of it. I imagined rocky, misty, romantic coastlines, and that entranced me. When I was able to travel to Wales while I was working on The Beast Is an Animal, I discovered that it was all that and more. In coming up with the character names and places for the novel, I decided to choose Welsh names and words. So the village of farmers is named Gwenith, the village of shepherds is named Defaid, and the village that fishes is named Pysgod. That was one of my little nods of gratitude to beautiful Wales and the wonderfully welcoming Welsh people I met when I traveled there.

Which character in your book do you most identify with and why?*
That would have to be Alys, my protagonist. Alys desperately wants to be good and right, and she’s desperately afraid that she’s bad and wrong. I deeply empathize with that.

Your book is a very visual and I just read that the film rights have been snapped up by Amazon Studios. How do you feel about it becoming a film or series?
I’m thrilled and grateful, especially since the writing-directing team, Bert & Bertie, who’ve envisioned it as a film are so wonderfully creative and embracing of the moral complexity that I feel is such an essential aspect of the novel. After I spoke with them I felt like my novel was being granted an entirely new way of communicating itself—a way that I could never have dreamed of. I’m so excited to see what they do with it.

As an editor yourself and working in the publishing industry did your knowledge help or hinder you writing your debut novel? Or did it make it scarier?
In the writing, being an editor certainly has helped me. Although writing a novel is a very different thing from editing one, I edit myself very closely. There isn’t a sentence I write that I don’t also consider as an editor, and I try to be ruthless with myself. In the publishing process, my experience as an editor also helps--I know generally how the process works, so it’s not quite such a mystery to me. But as you say, it can also be scary, because I know how much can go wrong. As lucky as I feel, I don’t take anything for granted.

Working with mostly adult novels as an editor why did you want to write for the young adult market?*
That audience and time of life inspire me most—at least for the time being. I’m moved by the age when we are beginning to have adult concerns but still have the vulnerability to admit that we have no idea what we’re doing, who we are, and what’s right.

Did you pick up any tips or good advice from the authors you have previously worked with?
Oh, that’s such an interesting question. I absorbed a great deal. I’ve worked with authors with tremendous work ethics, who held down full-time jobs and took care of families while also writing books. So that’s certainly inspiring. And I’ve also learned to take criticism with grace. That is something all authors have to be able to do.

What is a typical writing day for you?
There was really no such thing as a typical day while I was writing The Beast Is an Animal. I worked on it over a number of years and in fits and starts while I worked on other authors’ books. Working on my second novel has been a very different experience—I had a deadline and I was more systematic. I read, took notes, and germinated for some months, then I spent a few months working full days on developing an outline. Then once I had the outline, I worked every day writing the novel (I gave myself daily word count goals) until I had a complete draft. That was an exhausting luxury—to be able to work with such focus.

Who is your favourite literary hero or heroine?
Will from Philip Pullman’s His Dark Materials trilogy. I would like to have chosen a female character, but Will is simply the character who moves me more than any other. He breaks my heart. 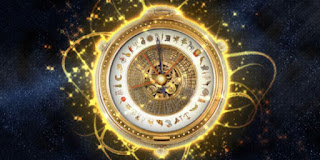 Which is your favourite bookshop?
Oh, that’s difficult. There are many in New York City that I visit and buy from. I have a special place in my heart for McNally Jackson in Manhattan, because they hosted my launch event for The Beast Is an Animal. It’s also a lovely bookstore. I’ve walked in telling myself that I’m only allowed to look, but the staff there write such brilliant recommendations that I inevitably walk out with a purchase. 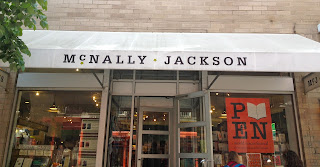 What is your favourite quote?
Oh, that’s too easy. “Nolite te bastardes carborundorum”, of course. Margaret Atwood is a goddess among mortals.


Many thanks to Peternelle for such a great interview. For more information on Peternelle and her books visit her website on www.peternellevanarsdale.com 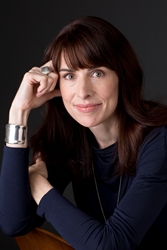 Posted by Drawing On Books at Thursday, September 14, 2017