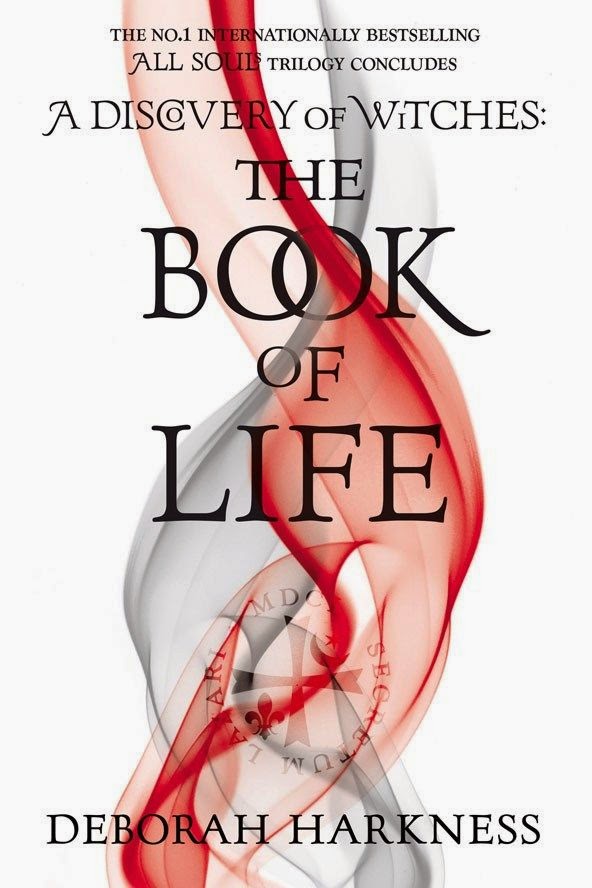 The highly anticipated finale to the #1 New York Timesbestselling trilogy that began with A Discovery of Witches
After traveling through time in Shadow of Night, the second book in Deborah Harkness’s enchanting series, historian and witch Diana Bishop and vampire scientist Matthew Clairmont return to the present to face new crises and old enemies. At Matthew’s ancestral home at Sept-Tours, they reunite with the cast of characters from A Discovery of Witches—with one significant exception. But the real threat to their future has yet to be revealed, and when it is, the search for Ashmole 782 and its missing pages takes on even more urgency. In the trilogy’s final volume, Harkness deepens her themes of power and passion, family and caring, past deeds and their present consequences. In ancestral homes and university laboratories, using ancient knowledge and modern science, from the hills of the Auvergne to the palaces of Venice and beyond, the couple at last learn what the witches discovered so many centuries ago.
With more than one million copies sold in the United States and appearing in thirty-eight foreign editions, A Discovery of Witches andShadow of Night have landed on all of the major bestseller lists and garnered rave reviews from countless publications. Eagerly awaited by Harkness’s legion of fans, The Book of Life brings this superbly written series to a deeply satisfying close.

When I walked into my local library on Thursday I couldn't believe my eyes, there was The Book of Life, waiting for me! Deborah Harkness has made her fans of the All Saints Trilogy wait 2 years to see how Matthew and Diana conclude in their trials to survive and their search for The Book of Life, the title of the final installment. I was going to wait for the paperback but fate had other ideas and even though I didn't really have time to read anything at the moment I couldn't resist.
Its a BIG book.
I handed it over the counter and the librarian looked at me dubiously. "You realise this is only on loan for a week because its a best seller and new in? "
I shrugged.
"And you can't take it out again so you will have to read it in a week? It is a very big book!"
By this time I was getting a little annoyed, with my hands firmly on my new prized possession I firmly replied. That won't be a problem.
Well I started on Thursday and finished it this Sunday morning tucked up in bed with a hot cup of sugary tea and the reminents of  Hurricane Bertha swirling around the house, lashing rain and rumbling thunder. How precipitous was that!!

Back to the actual book. I was a bit nervous that it would live up to the hype but should not have been worried. Yes you do have to read the previous books before but that goes without saying. All the characters are there that we have grown so fond of and at the centre is the unflinching love of the ancient (but gorgeous and handsome) Matthew and the beautiful and spirited witch Diana. Diana is now pregnant with twins, still learning about her powers and looking for The Book of Life which is like a bible for all creatures such as Daemons, Vampires and Witches. Harkness blends magic and science together in two veins to try and build bridges, find out truths of their existence and bring a peace to the different factions. To add to the mix is one of Matthew's sons, an evil vampire Benjamin bent on revenge to an horrific and devastating degree.

There are a lot of characters in the book and Harkness harnesses them well. I loved that we saw Phillip Matthews father, and Diana's father slip in and out of the story as they were such pivotal characters in the last book and it would have been a shame to lose them completely. My only query, and it is very small, is that was Harkness too kind to her characters? Should she have been more ruthless with one or two of the secondary ones? Is that too brutal? Yes I am arguing with myself because in the end I was relieved that without giving too much away everything went according to plan. The shocking parts were in hindsight between Phillip and Benjamin and Matthew and that was actually brutal enough.

The pace of the story never slackens and you are swept along with a degree of urgency to see how  Matthew and Diana will find peace and happiness for their new family.  On character alone I loved that the female and male characters where equally matched. There were no fainting maidens in this book thank god. And Matthew was given a more vulnerable  side to match his darker character. Both are very enticing prospects. There will be no spoilers here but to say the reader will be totally satisfied with the end. There are conclusions and also a few loose ends and question marks over which the reader can muse to the different paths the characters take.

I hear there is a film optioned. How they will produce such a complex story for screen I don't know but I would love them to try. I hope it does make it.

When I finished my book the storm had subsided and I closed the last pages with a sigh of pleasure and satisfaction. It was like eating a Laduree cake. Tasted as good as it looked and lingers in the memory as a slice of indulgent escapism. It was a naughty luxury I'm very glad I succumbed to.

Other books that may be of interest
The Black Magician Series by Trudi Canavan- More fantasy fiction than historical but with the similar depth of character and plot.
Posted by Drawing On Books at Sunday, August 10, 2014