I was thrilled to interview Ellen  about her new middle grade magical adventure, Storm Witch. Read about her book and her life as an author below. 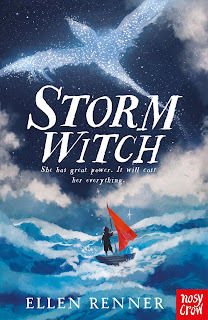 Describe Storm Witch in one sentence.
It’s a coming-of-age story set in a world of vast seas and small islands; where Storm has to discover who she is while struggling with elemental magic, love and loss, friendship and betrayal.

(So the answer is: only if it’s a really long sentence!)

What inspired the powerful elemental element in the book?

I’ve wanted to write a book about weather magic for a long time. But magic is dangerous – the logic has to be impeccable or you will make yourself ridiculous. If I use magic I want it to be connected to the themes of the book – the ‘why?’.

For Storm Witch it made sense to use the ancient concept of four elements – air, earth, fire and water – and make the elements themselves the source of Storm’s power. The Elementals are at war, and that could destroy Storm’s world. Storm Witch is ultimately about ‘balance’ – the creative versus the destructive urge in human beings. It’s about how hard it is for all of us to find that balance, individually and as a society; and equally how essential it is that we keep trying.

What is your favourite part of the book?

Probably Storm’s ‘Choosing’, where she has to travel alone to the top of her island’s mountain (a dormant volcano) and visit the shrines of the Elementals one by one, to hear their prophecies. It was great fun to write.

What character do you most relate to?

There are two: Storm and her mother, Dain. But all my characters will have something of me in them. Scary, when I think of a few of my villains . . .


Can we have a sneaky clue to what is in store for Storm in the rest of the series?

Of course not: that would spoil the fun. And my editor would be unhappy. She’s very nice and extremely talented, and I want her to be happy.

As a professional writer what has most surprised you that you didn't expect?

That each book is just as hard, sometimes harder, than the last. I guess you keep raising the bar, but I somehow thought it would get easier. It’s also a surprise (and relief!) that the more I write, the more my imagination flourishes – like a garden constantly sprouting weird and wonderful new plants. I’ve no idea where it all comes from, especially my casts of characters.

What's a typical writing day for you?


I get up at around 7-ish and go to my study. I start with a cup of tea and a read-through of the previous day’s work, to get me into the story again. Then I get some music going and try to get a few hundred words down before breakfast, even if they’re rubbish and I’m not feeling it. I take breaks to make fresh tea or eat something. Music is essential, or an app with white noise like Ommwriter. When I hit a dead end, I’ll knit or play the piano for fifteen minutes to refresh.


I’m a morning person; by late-afternoon my brain is done and I start doing non-writing jobs. When the weather is good I take a motorcycle for a run up a twisty road. Riding is a necessary counterpoint to the writing and a great stress reliever. It’s active instead of sedentary, and it’s like meditation: you need to be totally in the moment and concentrating. The other thing I like to do is get to the gym three evenings a week. I need a certain level of fitness to stay well and focussed both for the writing and the motorcycles.


For me the key is starting first thing. If I let myself be distracted I can procrastinate for hours, doing all those other terribly important jobs that always need doing.


First drafts are mentally and emotionally challenging so I can only do about four to five hours a day, although I can rewrite all day long. I prefer rewriting to first drafting. Rewriting is creative in a different way; it’s where books are made. First drafts can be like pulling teeth. I’m a seat-of-the-pantser: I can’t plot in detail in advance and have given up trying.


One of my books, City of Thieves, wrote itself, and the first draft barely needed any rewriting. That hasn’t happened since, although I wish it would. That really was magic!

Who is your favourite literary hero or heroine?


Difficult question. I’m not sure I can claim to have a favourite, but I am very fond of Cat Chant from Diana Wynne Jones’ Charmed Life. I like his diffidence and cowardice. True bravery is all about being frightened

Storm Witch by Ellen Renner is published on 6th September by Nosy Crow in paperback priced £6.99


MANY THANKS TO ELLEN FOR HER FASCINATING INTERVIEW. FIND MORE INFO ABOUT THE AUTHOR AND BOOK ON TWITTER @Ellen_Renner 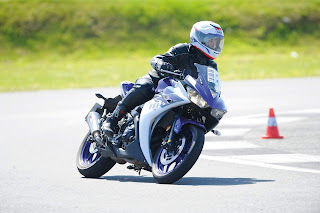 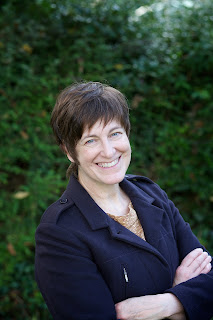 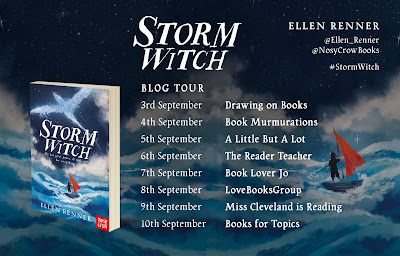 MY REVIEW OF STORM WITCH BY ELLEN RENNER
CHILDREN 9+
Thirteen-year-old Storm must undertake The Choosing and be claimed by one of the Elementals, Air, Water, Earth or Fire. But she is bestowed with a great and terrible gift. Will Storm's new powers help save those she loves or will it betray everything she holds dear? A whirlwind adventure which will sweep you into its enchanted world. At its epicentre is a strong heroine in a coming of age quest that will leave you breathless.
ISBN 9780857636409 PB Nosy Crow £6.99 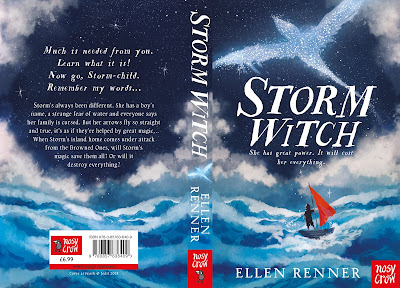