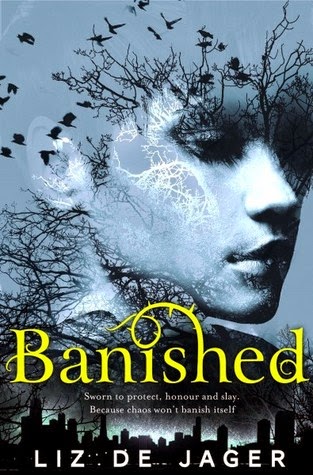 Sworn to protect, honour and slay. Because chaos won’t banish itself…Kit is proud to be a Blackhart, now she’s encountered her unorthodox cousins and their strange lives. And her home-schooling now includes spells, fighting enemy fae and using ancient weapons. But it’s not until she rescues a rather handsome fae prince, fighting for his life on the edge of Blackhart Manor, that her training really kicks in. With her family away on various missions, Kit must protect Prince Thorn, rely on new friends and use her own unfamiliar magic to stay ahead of Thorn’s enemies. As things go from bad to apocalyptic, fae battle fae in a war that threatens to spill into the human world. Then Kit pits herself against the Elder Gods themselves – it’s that or lose everyone she’s learnt to love

This should have been addictive. It's got all the ingredients I love. Strong female heroine, romance, Machiavellian plots galore but.... I felt it needed more editing , that it needed going over again. The descriptions of the characters by Kit were bland, " good cheekbones" for eg. It just didn't have bite. and enough meat to it. I also found the dialogue , especially from Kit, really irritating, immature and consistently not right for the situations she found herself in. I venture that someone younger may like it? It has certainly had heaps of praise so feel rather out on a limb giving it this sort of a review.
This was no Wicked Lovely or City of Bones which it has been compared to . I felt it was more like the excellent Changeling series by Steve Feasey which is targeting a younger audience. ( And by the way is BRILLIANT)
It is a shame as Banished has great potential in the twisting plot and I loved some of the secondary characters especially the werewolf Aiden. I just felt there was no fire.
It's OK but with such seriously stiff competition out there I am very surprised it has had the positive coverage that it has had. I actually feel that I am being a real killjoy writing this but I do have to be truthful to myself. It's clearly not for everyone.
Posted by Drawing On Books at Sunday, March 16, 2014