Author P. L. Travers reflects on her difficult childhood while meeting with filmmaker Walt Disney during production for the adaptation of her novel, Mary Poppins.


A wonderful film full of laughter, tears and wonderful tit bits about the classic family favourite Disney's Mary Poppins. Emma Thomson plays P.L . Travers the writer of Mary Poppins who has resisted Disney's advances to make her book into a film until she needs money so armed with strict stipulations she visits LA to work with the film makers and it is there the fun begins. Thomson plays Travers as very proper, with strict guide lines for anyone she meets. Meeting the laid back American film makers it is a clash of two cultures. What is fascinating is when the film looks back at her childhood and we find out she is not posh English but grew up in Australia. This is where the film gets dark looking at the family struggling with the fathers alcoholism. Travers obviously adored her father who was clearly struggling with the confines of a banking job. You will catch your breath at some moments. Colin Farrell is superb as the father and the connection with Travers as a young girl is heartbreaking. Tom Hanks plays Disney and is also superb. The film is a really joy but not all laughs. It will leave you thinking about it for a long time afterwards and I am sure it will have a lot of deserved awards. And yes they do have Mary Poppins songs through it cleverly interspersed so you can tap your feet along. A Delight! 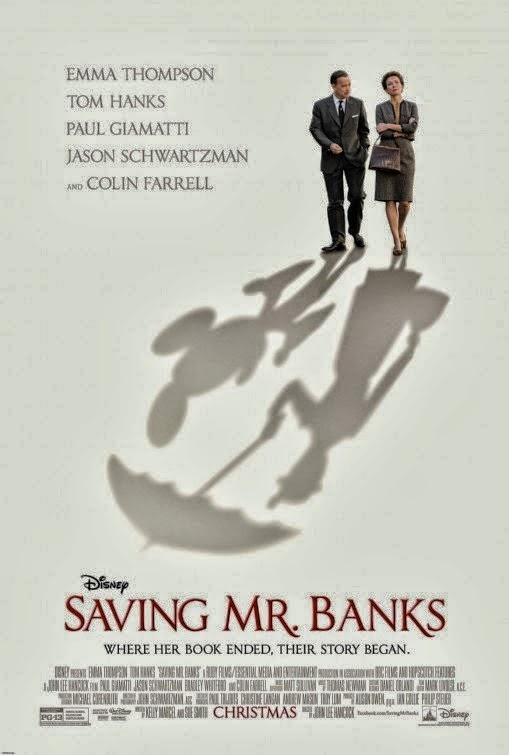