Review of Stella by Helen Eve 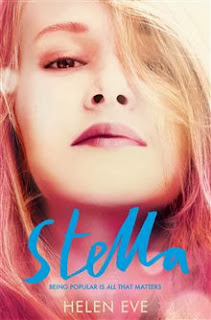 17-year-old Stella Hamilton is the star blazing at the heart of Temperley High. Leader of the maliciously exclusive elite, she is surrounded by adulation; envied and lusted after in equal … Read moremeasure. And she is in the final stage of a five-year campaign to achieve her destiny: love with her equally popular male equivalent, and triumph as Head Girl on election night. By contrast, new girl Caitlin Clarke has until now lived a quietly conformist life in New York. With the collapse of her parents' marriage she has been sent across the Atlantic for an English boarding school education, only to discover that at Temperley, the only important rules are the unwritten ones. It's a world of the beautiful and the dangerous, and acceptance means staying on the right side of Stella Hamilton, the most beautiful and dangerous of them all. Not everyone is happy to be under the Hamilton rule. But fighting the system means treading the same dark path as Stella - and if Caitlin puts a foot wrong, it's a long way down ...

When I chose this proof I was attracted to the blurb comparing it to to Gossip Girl meets Pretty Little Liars. Also Stella is a play on Estella from Great Expectations who I find a fascinating character so a modern take would certainly spike my interest.
I thought the setting of rich girls at boarding school would be perfect for the time honoured two girls fighting over cute boy plot.... How wrong was I!!  Honestly I would go further and compare it to a cross between the films Cruel Intentions (a teen adaption on Dangerous Liaisons) and Carrie, the horror movie. OK so that is a little extreme but by the end of the book,(No Spoilers here) you will know where I am coming from.

Alternate chapters are written from the personal viewpoint of the 2 main girls, the 'heroin' Caitlin and the 'anti heroine' Stella. It is a power play from the off set. Stella knows she is beautiful, bright and can manipulate her friends and boyfriends which ever way she pleases. As we read further you discover her background and her closeness to her sisters. It is like peeling an onion, layer by horrifying layer.

Caitlin on the other hand moves from USA with her selfish father and really wants to fit in. She proves useful for Stella but starts to see cracks in the dominating group and starts to realise she has the power, like Stella to become a power player in the school.

Inevitably Caitlins and Stellas friendship implodes as they fight to be Head Girl.
Who is more ruthless, who has the most ambition. How far will they go?

The two boys who are ruthlessly manipulated by both girls Edward and Luke end up with a lot of your sympathy but they are definitely not what this book is about. The romance is a small part of it but very powerful and sad, especially regarding Stella and Luke. I found their romance incredibly poignant.

I am not going to give any plot away but I will say that the writer manipulates the reader very well! Your alliances and sympathies throughout are turned on its head.
It took me a while to get in to it as the chapter by each girl I found a little frenetic at first but once I was used to her style of writing I became engrossed. I found this very frustrating as I wanted to read a fluffy light book but this was certainly not but I needed to know what happened in the end.

Verdict
Dark, Machiavellian and not for the faint hearted. Turn away now if you want a light romance. The story and characters will remain with you a long while after you have finished the book.